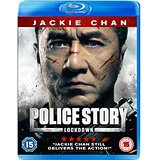 Relative newcomer writer/director Ding Sheng (Saving Mr. Wu) brings us the continuation of the Police Story saga since the original in 1985 (written and directed by Jackie Chan), this is the sixth incarnation of Police story and this time it is set in mainland China, as a Chinese officer named Zhong Wen. 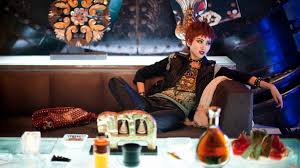 daughter in such a long time as she blames him for his career choices and never being at home especially when her mother passed away. The Wu Club is an old industrial building and the owner has kept the feel of the commercial unit with steel cages and strong metal doors.

Miao has rebelled against her fathers strict police life and has started dating the bars enigmatic owner Mr Wu Jiang (Ye Liu, Redemption), but Zhong immediately takes a dislike to the man as he has illegal piranha kept in a fish tank. Zhong is married to his job.

His reception by his daughter is frosty to say the least, but that is the least of his problems as Wu has an ulterior motive for bringing the two together and others in the bar as a few years ago those same people were witnesses to a murder close to Wu’s heart and he wants to know what really happened.

But one of those witnesses is languishing in prison, what will Wu do to get this last witness to his bar?

This is an intense episode of the Police Story as Chan still has the moves that he is famous for.

A great addition to the franchise and a certain addition to your martial arts collection. “Chan is always awesome!”