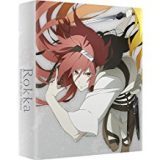 When Humans and Fiends Collide.

Takeo Takahashi (So, I Can’t Play H!) takes Ishio Yamagata‘s (The Book of Bantorra) light novel and manga and brings them to life. Thanks to All The Anime we get all 12 episodes 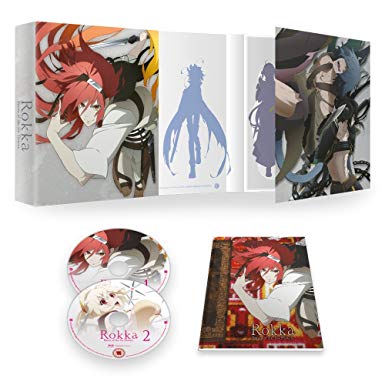 in a collectors set.

Legend says when the Demon God awakens from the deepest of darkness, the Goddess of Fate will summon Six Braves and grant them  the power to save the world. Adlet, who claims to be the strongest man in the world, is chosen as one of the “Braves of the Six Flowers” and sets out on a battle to prevent the resurrection of the Demon God.

The evil darkness has awoken and in Piena, the Princess Nashetania Loei Piena Augustra has already been marked with the seal of the Saint of the Single Flower. Two warriors are about to fight to have the right to take on the Princess and challenge to be a ‘Brave’. But before that happens the aforementioned Adlet makes a grand entrance and 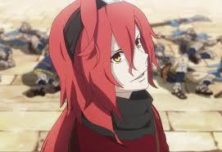 professes to be the strongest man in the world. He humiliates the two contestants with his skills and his gadgets and smoke bombs. This lands him in jail where he meets a serving girl and he spends his time bragging about his antics and lifelong training.

When he wakes in the morning he finds that he has been chosen as a Brave and when Nashetania turns up he shows her the mark. She uses her Saint of Blades magic to break him out, before grabbing two horses and breaking out of the citadel and off out into the country heading west to meet the other Braves that will aid the duo to defeat the evil that is coming.

“That’s the first thing my master taught me. Laugh at danger”.

It’s not long before they come across people fleeing a fiend ravaged village so the pair start setting about dispatching the very nicely computerised fiends.

They hear that someone was trapped in the village, so Adlet travels to investigate. What he finds is a young woman with a rifle, who is out to kill the Braves. She is

Flamie Speeddraw and she is a loner even though she bears the mark of a Brave and the Saint of Gunpowder . She wants to kill the Demon God herself after being betrayed by her mother.

Adlet has faith in Flamie and they continue on their journey West and find a fortress where they are told about a temple that has a barrier that should halt the advances of the fiends. Nashetania and Goldov Auora, her dedicated defender and the man jealous of the relationship she has with Adlet, do not have Adlets faith in Flamie, for they know she is the Brave killer and Goildov has been tasked with finding the Six Brave Killer.

“Naturally as I’m the strongest man in the world, It is my job to save us when things go bad”.

With doubts on one of the Brave’s loyalty it isn’t a surprise that suspicions rise when the barrier is raised and all the Braves are trapped inside including Chamot Rosso a child Saint of the swamp, Maura Chester the leader of the Saints and the Saint of the mountains and Hans Humpty, an assassin who mimics a cat.

Of the Six Braves, this makes seven. We have a problem.

Rokka: Braves of the Six Flowers is a beautiful piece of animation with a great story, as the seven braves fight to work out who is the imposter and it has a great twist at the end. Definitely one to add to your anime collection. Evil will never win.

Rokka: Braves of the Six Flowers is available as a collectors Blu-ray