4 stars for this early eighties adaptation of a classic Sherlock Holmes tale. 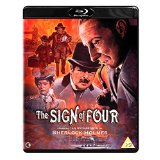 This version of the quintessential story by Arthur Conan Doyle was first released in 1983 and is directed by Desmond Davis (Clash of the Titans).

It is being released on Blu-ray for the first time courtesy of Second Sight Films and has had a brand new 4K restoration. 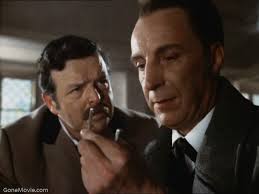 We again see Ian Richardson (The Hound of the Baskervilles, Brazil) in the lead role as Sherlock Holmes, however this time the wonderful Dr. Watson is played by David Healy (Labyrinth, Supergirl).

A young woman, Mary Morstan (Cherie Lunghi – Mary Shelley’s Frankenstein, Excalibur) goes to Holmes and Watson for help after receiving a parcel containing a very large diamond, which turns out to be the famous “Mogul” diamond, the second largest in the world. 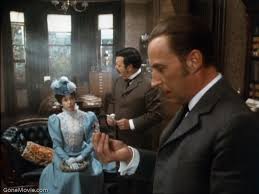 With it is a letter explaining that she has been wronged and requesting a meeting with her to which she may bring two friends.

She also has a map, marked with “the sign of four” and with a list of names written at the bottom. He must keep her safe from the one-legged man and his crazy sidekick Tonga. Our favourite detective is drawn into an exotic adventure of hidden treasure and mysterious disappearances in far away places. 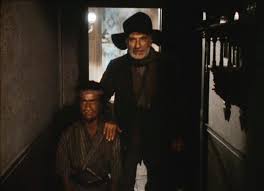 The restoration has worked wonders for this one, the picture is brilliant and once again it’s good to see different versions of these classic tales. All the performances are quality although I did prefer Donald Churchill in the role of Watson as David Healy injects a little bit too much comedy into it for my taste.

It is a grand thing though, featuring newly commissioned artwork by Graham Humphreys and definitely worth adding to your collection.