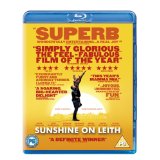 Scotland has a Play.

Scotland now has a Musical.

This Film would make a sunny day out of a Total Eclipse.

Sunshine On Leith is based on the award winning stage show of the same name and penned by the creator Stephen Greenhorn, (Dr Who, The Doctor’s Daughter 2008), and directed by well known actor Dexter Fletcher (Kick Ass).

The Film starts in Afghanistan with a song from the much loved duo, The Proclaimers. Davy (George MacKay, Defiance) and his best pal Ally 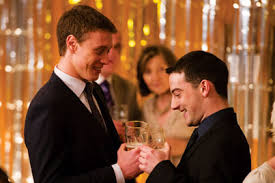 (Kevin Guthrie, Restless) are demobbed and are soon back in Edinburgh a day earlier than their families were expecting, giving Liz (Freya Mavor, Not Another Happy Ending) a pleasant surprise of getting her Ally back.

The lads have to make adjustments to their lives to fit into civvie street and how to come to terms with what they have seen in the field of combat and what has happened to them and to their friends, including their squad member Ronnie, (Paul Brannigan, The Angels’ Share) who lost his legs to an roadside bomb. 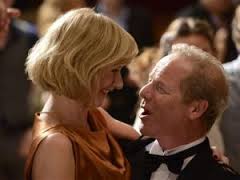 Liz’s parents Rab, (Peter Mullan, War Horse) and Jean, (Jane Horrocks, Little Voice) are approaching their 25th wedding anniversary and there is gonna be a big shindig with all invited. However, Davy doesn’t have any one to go with and Liz sets him up with her friend Yvonne, (Antonia Thomas, Hello Carter). 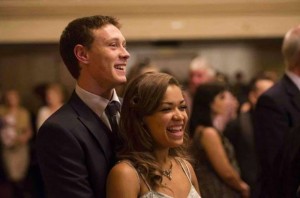 With dancing and singing all the way through, you can’t help yourself but sway to the familiar songs, but done by different voices.

The couples all have their problems as well as happy times and Ally has his sights set on Liz as his bride to be.

Secrets are kept for all kinds of reasons, whether to deceive or to protect or just unsure of the reactions of others. The Proclaimers songs fit so well into all these scenarios.

There will be tears of joy and sadness but a Proclaimers song will lift your heart and have you still singing the songs days later.

For that 5 Star feel good feeling it has to be Sunshine on Leith. 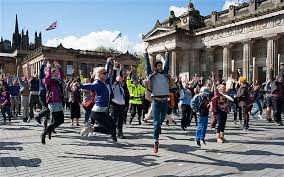 Available to Buy on DVD and Blu-ray on the 27th Jan.