A must for all lovers of Great Anime and RPG Gamers. 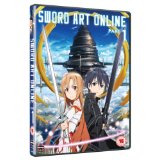 It’s 2022, the 6th of November and it’s about to turn 13:00 and this is the event Kazuto Kirigaya has been waiting for, along with most of the world, as SAO (Sword Art Online) goes live for the first time.

Kazuto has been extremely lucky, as he knows what to expect from this experience as he puts on the Nerve 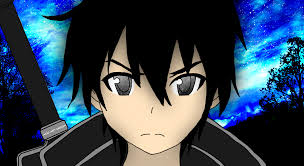 The clock turns 13:00 and whoosh, Kazuto is transported to the game world and the Town of Beginnings.

Kazuto, now Kirito (his online avatar), looks around at the familiar surroundings as people log in from all around the world, the place is now a lot more crowded than he has seen before. 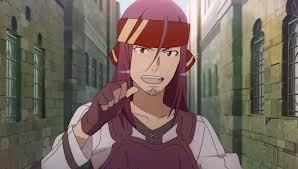 He runs for the town gates and is spotted by new player Klein, who recognises that Kirito has skills and pleads for some pointers as this is the very first time using Nerve Gear. Kirito agrees and takes him out into the fields to show him the basic moves and advise on how to get on in the world. Unfortunately, the food you eat in SAO does not actually give any sustenance in the real world, but Klein has this sorted, as he has a pizza ordered for 17:30 and it is almost that time. Klein goes to log out but finds that the option has been removed and there is no way to remove the Nerve Gear when inside the game. 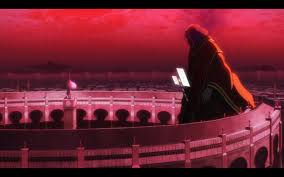 centre along with everybody else. The sky turns red with the words ‘System Announcement’ emblazoned across it and a huge hooded figure appears announcing that he is the creator Akihiko Kayaba, and welcome to “his World”. He is now in full control and nobody can leave the game, even if they have their Nerve Gear taken off, they will die and soon 213 people have been killed as their headset were removed, ensuring that it won’t happen again and that those left must attempt to reach the 100th floor of Aincrad and defeat the end of level boss.

They must not die in the game, there is no revival or respawn. You die, you’re dead here and in the real world. 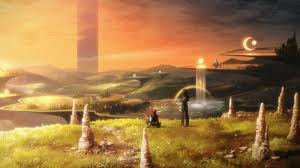 Akihiko does give them one gift in their inventory, ‘a mirror’. Upon looking into the mirror their avatars disappear and their real faces and bodies appear in its place. 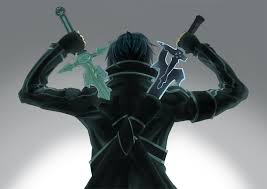 As a solo player Kirito accepts the new challenge readily and advises his new friend that it’s best to get out to the next town where there will be easier experience to be had. But as he has to find his two other friends, he declines and Kirito heads out on his own.

The next two years pass quickly and Beta tester have been branded “Beaters” which is worse than a cheater or hacker.

Will his solo exploits serve him well or will he finally join a guild?

There are many adventures out there for the brave.

A great idea for a series and the ideas used are very clever and good character generation, I couldn’t take my eyes off it

A great addition to any Anime collection. 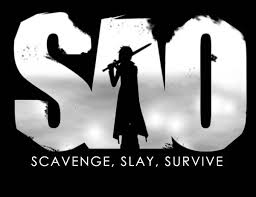