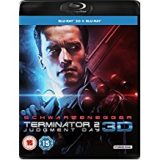 Writer/ director James Cameron (Avatar, Titanic, The Abyss, Aliens) brought us Terminator 2: Judgement Day in 1991 and it stunned us with the action and the amazing CGI of the T1000 and the story of John Connor (Edward Furlong, Assault on Wall Street) after the first Terminator failed to kill his mother Sarah (Linda Hamilton, Dante’s Peak, Children of the Corn). Now fully restored and in 4K and with loads of extras, the next generation can feel the fear of a Terminator in their front room.

Los Angeles 1995, the weather is great and John Connor is now living with foster parents Tod and Jonelle Voight (Xander Berkeley, Gattaca), (Jenette Goldstein, Aliens). He is a product of the system and resents his life and is in and out of trouble. With his mother Sarah in the local high security psych ward, he thinks 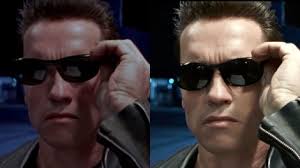 she has gone off the rails with the stories of his father Kyle Reese (Michael Biehn, Aliens, Tombstone) and the Terminator that they defeated. But Sarah’s problem is that there was never any evidence of their plight.

After the first Terminator film when we see the T101 (Arnold Schwarzenegger,

True Lies, Predator, Total Recall) appear we think “oh no not again”, but wait. In a different location another time traveller appears, this is the T1000 (Robert Patrick, Walk the Line). He is mean and can change form and he takes the place of a police officer, while the T101 heads for a bar to get some clothes and transport.

“I need your clothes, your boots and your motorcycle”

Both Terminators are on one mission, find John Connor and… 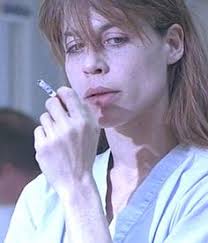 Sarah is under the care of the long suffering Dr. Silberman (Earl Boen, Naked Gun 33 1/3: The Final Insult) and Sarah wants off the high security ward, but Silberman knows that Sarah is highly intelligent and sees through her ruse and denies her her phone call to John.

Meanwhile John gets his first encounter with a Terminator, the T1000 and that’s not good so he makes a run for it, thinking that it’s a policeman after him. He flees on his scramble

bike through the alleys and drainage ditches. This is one of the best action sequences ever as the T101 and the T1000 go head to head with John in the middle.

“Come with me if you want to live!”

Now all they have to do is save Sarah and the future of mankind.

A great restoration and great to see it in 3D and with all the extras (listed below)this makes. The perfect Christmas gift for the Arnie fan in the Home. 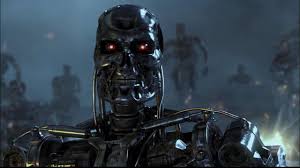