This is very tricky, 5 stars up until the last minute, then down to 2 stars in the blink of an eye. 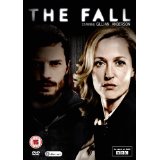 Created by Allan Cubitt (The Boys Are Back, Prime Suspect 2), The Fall is an extremely gritty crime drama, set in Belfast, starring Gillian Anderson (The X Files, The Last King of Scotland) as the detective superintendent brought in to carry out a review of a high profile murder case, who quickly begins to suspect the work of a serial killer.

It follows both the story of the investigation and of the killer, played by Jamie Dornan (Marie Antoinette, Shadows In The Sun). There are plenty of well known faces in The Fall, including John Lynch (Sliding Doors, The Secret Garden), Archie Panjabi (The Good Wife, Bend It Like Beckham) and Laura Donnelly (Dread, Insatiable).

Unlike most series of its type, this is not a whodunit, in fact you know who did it before you know pretty much anything else.

Instead this allows you to watch the way the two main characters play off against each other, in a deadly game of cat and mouse. There are no punches pulled here, these are powerful, confidant individuals who know what they want and will stop at nothing to get it. 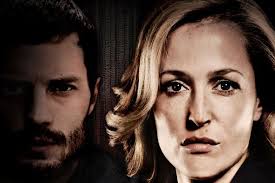 There are various threads of story-line at play here and that seems to be a good thing for most of the way through. It’s only when you get to the end that you realize what a pointless exercise the whole thing has been.

Because there is quite simply no ending. It is as if the whole cast and crew just got bored and wandered off half way through a scene. All those tantalizing little snippets remain completely unresolved. Not even the main story comes to a conclusion.

All in all, the over-riding emotion having watched this all the way through is frustration. Apparently they are making a second season, which is just as well I suppose, since this one didn’t go anywhere. I don’t think I’ll be buying it, they might not bother to finish that one either.

If you don’t mind watching something and then not finding out what happens, then this one is for you.