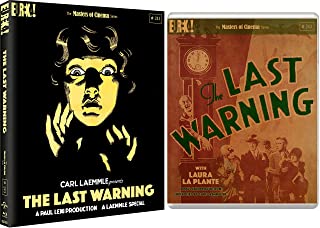 The Last Warning was originally released on Christmas Day 1928, to mixed reviews. Adapted from Thomas F. Fallon’s 1922 Broadway play of the same name, The Last Warning is based on the story The House of Fear by Wadsworth Camp.

It was the final film from respected German director Paul Leni (Waxworks, The Man Who Laughs, The Cat and the Canary), released just eight months before his untimely demise, serving to illustrate just how much of a loss he was to Universal Studios and film making in general.

It is presented here in 1080p following Universal‘s 4K restoration and forms part of Eureka!‘s Masters of Cinema series #243.

“Well, when I went to call Miss Terry for curtain tonight, I heard a terrible argument in her room.” 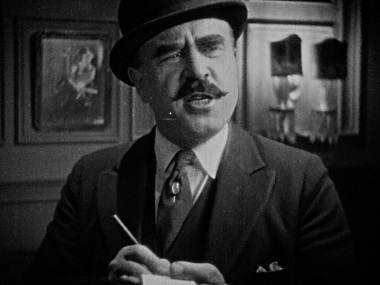 It’s show time on Broadway and at the John Woodford theatre the production of “The Snare” is under way. Tragedy strikes in the first Act, as Woodford (D’Arcy Corrigan – A Christmas Carol) himself  grabs a candlestick on the stage and falls to the floor dead. The police are called, immediately begin to investigate and as is always the way everyone suddenly becomes incredibly shifty. 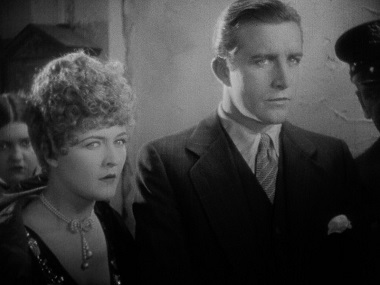 In a shocking twist, while the interviews are being conducted, the body mysteriously disappears. The police close the theatre in the best interests of all concerned and eventually the case too and it remains that way for five years. 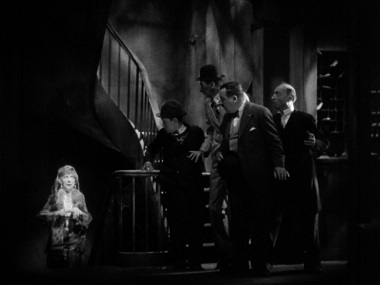 One day a new producer arrives, Arthur McHugh (Montagu Love – Gunga Din) wanting to reopen the theatre with a production of “The Snare”. He acts very strangely, claiming to be Woodford’s best friend, and has assembled the original company at the theatre. Gene (Torben Meyer – Judgement at Nuremberg), who is absolutely bonkers and was Woodford’s secretary is somewhat skeptical as is the highly strung actress Barbara Morgan (Carrie Daumery – Lady Windermere’s Fan) 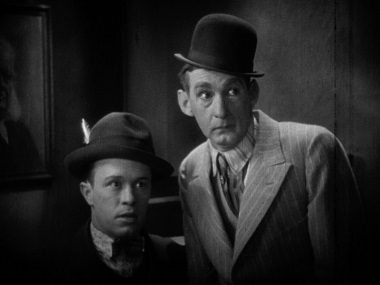 He also brings back electrician Tommy (Slim Summerville – Horse Play) as well as introducing a new actress Evalynda Hendon (Margaret Livingston – Sunrise). Add into the mix an unexpected visit from the theatre owners the Bunce Brothers, Josiah (Burr McIntosh – Way Down East) and Robert (Mack Swain – The Gold Rush) and the stage is set for a madcap whodunit adventure, with slapstick and unexplained events aplenty.

The Last Warning is a highly entertaining watch, It’s a silly story which makes no sense if you overthink it, but it’s masterfully filmed and directed and keeps you guessing right to the very end. 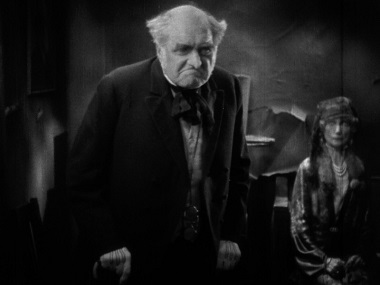 It has been beautifully restored and features an excellent new soundtrack from Arthur Barrow (The Torrent, The Cameraman) which enhances the on screen action perfectly.

The acting is exactly as you would expect and takes hamming it up to a whole new level, making this film hilarious. There is also artful use of comedy fake mice and spiders. Never taking itself too seriously, The Last Warning is a forgotten gem and it’s great to see it saved in this way.

A great watch and well worth adding to your collection.

“I warn you. Do not attempt to open my theatre.

Eureka Entertainment to release Paul Leni’s THE LAST WARNING, the final film from one of German cinema’s great filmmakers, presented on Blu-ray from a 4K restoration on home video for the first time in the UK as a part of The Masters of Cinema Series from 15 February 2021. The first print run of 2000 copies will feature a Limited-Edition O-card Slipcase.

Limited Edition O-card Slipcase (First Print Run of 2000 Copies Only) | 1080p presentation on Blu-ray from Universal’s 4K restoration, available for the first time ever on home video in the UK | Score by composer Arthur Barrow | Brand new audio commentary with horror and fantasy authors Stephen Jones and Kim Newman | Paul Leni and “The Last Warning” – video essay by film historian and author John Soister on Leni’s final film | Rare stills gallery | PLUS: A Collector’s Booklet featuring a new essay by Philip Kemp and a short essay by composer Arthur Barrow on his score for the film