4 Star of Classic Film from the Master Franklin Schaffner,(Planet of 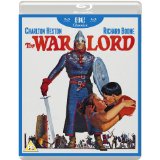 the Apes) with Charlton Heston at his best.

Now in beautiful 1080p the picture is sharper than the swords used in the great fight scenes.

We see Chrysagon de la Cruex, (Charlton Heston, Planet of the Apes) arriving at his new castle in 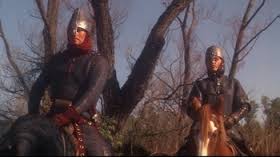 Normandy along with his brother Draco,(Guy Stockwell, Tobruk) and his trusted man Bors (Richard Boone, The Shootist). Set in a disputed area that no other Knight wants, Chrysagon must rebuild his tower and defend the neighbouring Pagan villages that get plundered by Frisian raiders. 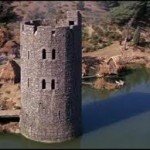 Before they get to their new home an alarm is sounded announcing trouble and they find out that the village is under attack.

This is one of the trademarks of this classic film, we are thrown into close quarters hand to hand battles with the raiders. As Chrysagon spots the raiders chief and Prince, the man that killed his father, a fierce sword verses axe fight takes place with great camera work right in the thick of it.

He has inherited a cesspit and the local priest, (Maurice Evans, Planet of the Apes) explains the local customs of pagan worship and witchcraft.

While out hunting he comes across a pig girl being assaulted, he rescues her and finds out that she is the foster daughter of the village chief. She is Bronwyn, (Rosemary Forsyth, Daylight) a fair-haired beauty that is betrothed to the chiefs son Mark, (James Farentino, Bulletproof). Bronwyn is brought to the tower where she is put to work in the kitchens so that she may be around for Chrysagon’s pleasing. Their second meeting is not so pleasant, for the Lord that is as he has a wound cauterised and he she has to hold him still. 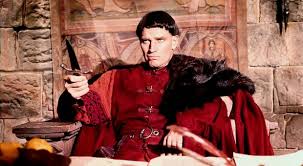 With accusations of witchery he cannot get close to the girl even though he is fond of her and due to his fighting he has had little time for sitting under trees in the last few years.

The story continues on with Chrysagon finding out that the locals have a right, the “Droit du seineur“, in which the local Lord can take a virgin bride to bed, but must return her in the morning.

What happens if she does not return.

He is a Lord fighting two fights, will he conquer both?

This is a brilliant film that should be a part of your classics collection.