3.0 stars for this insight into the life of the “Amityville Kid”. 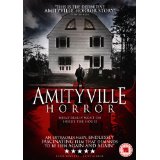 My Amityville horror is a documentary about Daniel Lutz, who, at the age of ten, was living in the house at 112 Ocean Drive, Amityville, New York, during the time of the alleged supernatural occurrences on which the film Amityville Horror (among others) is based.

Over the years there has been a continued media frenzy over these events, but at no point before have any of the children been allowed  to offer their side of the story. (The other two siblings were asked, but declined to take part). 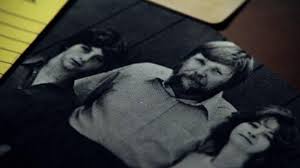 George and Kathy Lutz moved into the house on Ocean Drive thirteen months after the previous occupant, Ronald DeFeo Jr. had massacred six members of his family at the house.

They always claimed, right up until their deaths that they and their children experienced many supernatural phenomena whilst living in the house and called in various demonologists and clairvoyants (most notably Ed and Lorraine Warren). 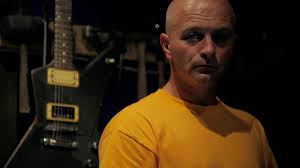 Daniel was the eldest child of Kathy Lutz and step son of George Lutz. Here we see interviews with Daniel, 35 years later, conducted by various different people, including Laura Didio, the investigative journalist who had exclusive access to the story at the time.

Although the story itself is interesting, the general tone feels off somehow. Although it is very obvious right from the beginning that Daniel Lutz has suffered from some very real trauma in his life, all of the interviews, even the ones with the psychologist, are confrontational and seem like an attempt to discredit him, which is a pretty offensive approach.

My Amityville Horror is directed by Eric Walter, a relative newcomer, and it is all very self-indulgent on his behalf. A lot of it feels extremely contrived, more about him than about Daniel and that is just plain wrong.

Very interesting, but mainly leaves you feeling sorry for Daniel and angry with everyone involved in the making of this documentary.

My Amityville Horror is available to buy now on DVD.