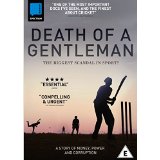 4 Star Cricket Scandal that will Knock you for Six.

Directors Johnny Blank, Sam Collins and Jarrod Kimber bring us a deeply shocking insight into modern cricket around the world and it will shock to the core any and all true cricket fans, young or old.

Cricket, the quintessential English summer game, the sound of leather on willow, the sun beating down and cucumber sandwiches. The way it has been for 140 years and it is a game that millions, if not billions enjoy around the globe, be it boy or man.

Two young men love cricket especially the big 5 Day Test Matches and they both became friends and teamed up to be cricket journalists travelling the world covering the matches for Chuck Fleetwood-Smiths for ESPNcricinfo.com.

Sam and Jarrod enjoyed the sport so much they decided in 2011 to make a film about the future of Test cricket around the world. They set off to see a young man just about to start his Test Cricket career Ed Cowan, the film was to be centred around him, but it seems that Test cricket is a dinosaur of colonial legacy.

Because in India Lalit Modi had invented the IPL (Indian Premier League) and Twenty20 was taking the country and the world by storm, India with a billion inhabitants and the only thing that unites the people is cricket. And that means lots of money, lots and lots. 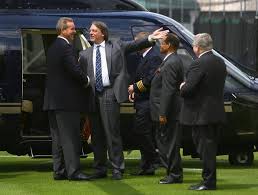 With the ICC major bodies India, England and Australia taking the lions share of the TV rights money and distributing the rest to the other nations, basicly strangling their chance to partake in Test matches unless it is one of the big three visiting. With the guys trying to get to the answer why those in charge of test cricket and the whole games future, would be decreasing operations instead of expanding and making the game thrive all over the planet.

This is a must watch for every cricket fan.

Because you will look at the whole game differently, the fans are loyal through and through but there is a select few with the purse strings in ivory towers conducting meetings in secret. You have to give it to Sam and Jarrod for what they have unearthed.

RoadRash Reviews managed to grab some questions with director Sam Collins, here is what he had to say.

1: At what point did you think this is all wrong?
We had an inkling when we started, but it was when we got back from Australia and the Woolf report was rejected, and then we went over all of our footage that it hit us just how screwed cricket was if nothing changed.

2: How much danger did you think you were in/ still are? 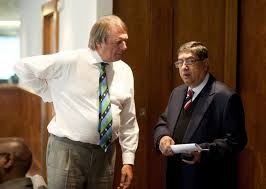 It was always in the background, there were a few low-level attempts to intimidate and discredit us – when you poke the bear you never quite know how nasty they are going to get and how dirty they are going to play. Thankfully we’ve managed to get the film in the public domain so at least the fans can see what’s really going on, and hopefully through our campaign #changecricket we will continue to put the pressure on. You never know what is round the corner, if they try and ban us from press boxes now I suppose that just creates more of a story.

3: What do you think of the ICC dropping the number of countries in the 2019 World Cup? 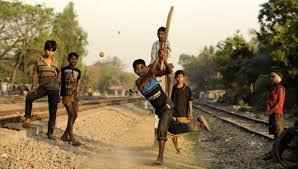 Ridiculous. Every other sport in the world is trying to expand their global events but cricket is shrinking. Why? So they can get the big three teams – India, England and Australia – playing as many games as possible to boost the value of the TV rights, and then those three take that increase anyway. Oh, and every major global event in the next 10 years will be played in those three countries. If it wasn’t so utterly appalling it would almost be funny.

4: What would the best outcome of Death of a Gentleman?
A raised awareness of the problems that cricket faces, and an acknowledgement that things need to change. Now that N Srinivasan has been removed from his position at the ICC, our immediate target is the England and Wales Cricket board, and we hope to build political pressure to force them to acknowledge their responsibilities as custodians of the game in this country and worldwide. 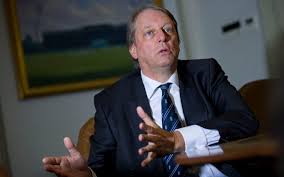 We believe that if the ECB are serious about showing cricket fans they are the right people to run the game, then Giles Clarke, who features heavily in the film, should no longer be involved with the ECB. He is a man whose decision making has been proved to be awry, has obstructed independent governance and stood in the way of the game’s global growth, while in this country his short-term decision-making has resulted in a decline in viewership and participation. He should not be involved in the game going forward. 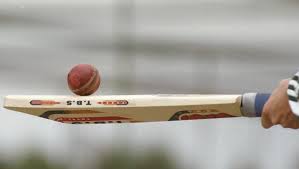 5: How many signatures do you need on www.changecricket.com?

6: Who do you think should run Test Cricket?
Cricket’s best chance is an independent governing body with good people making decisions with proper scrutiny and for the right reasons. We are talking about a global game with a billion fans and three great formats that generate billions of dollars. It doesn’t have to be so hard.

Thanks Sam for taking the time to answer our questions, and all the best in your crusade, from the two cricket fans from RRR. 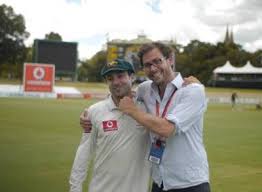 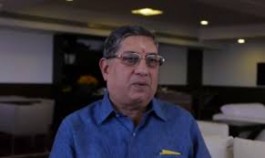