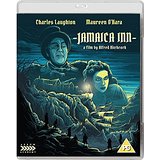 Jamaica Inn was based on the novel of the same name of 1936, by renowned English author Daphne Du Maurier (Rebecca, The Birds) and was directed by Alfred Hitchcock (Psycho, Rear Window).

It was originally released in 1939 and is now enjoying a 4K restoration Dual Format DVD and Blu-ray release, plus new special features, courtesy of Arrow Academy. 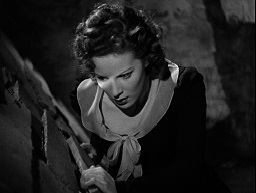 It was based on Daphne Du Maurier’s own experience at the real Jamaica Inn and tells us the story of Mary Yellan (Maureen O’Hara – Miracle on 34th Street, The Quiet Man), a young Irish girl, recently orphaned. It was Maureen O’Hara’s first major role.

“Oh Lord, we pray thee, not that wrecks should happen, but that if they do happen, thou wilt guide them to the coast of Cornwall, for the benefit of the poor inhabitants.” 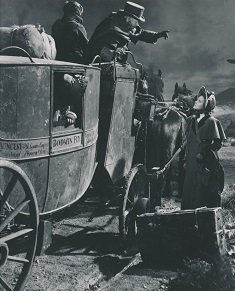 After sending a letter to her Aunt Patience (Mary Ney – Scrooge, Blonde Sinner) in Cornwall informing her of her sister’s death, Mary sets off on the long journey to her new home with her Aunt and Uncle at Jamaica Inn. However things don’t go quite to plan, as the coach driver refuses to stop anywhere near Jamaica Inn and instead drives her further along the road and drops her near a large mansion house.

Luckily, the house is owned by the local magistrate, Sir Humphrey Pengallan (Charles Laughton – Hobson’s Choice, Mutiny on the Bounty), who is well to do and seems very eager to help, albeit a little creepy. He provides her with a horse and escorts her to Jamaica Inn. When she arrives, she finds that not only did her letter not arrive, but her Uncle Joss Merlyn (Leslie Banks – The Man Who Knew Too Much) seems less than happy to see her. 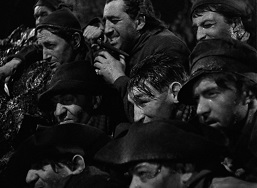 They allow her to stay, but she soon finds out that things are not what they seem. Her Aunt is living in fear and the Jamaica Inn seems to be the headquarters of a gang of Cornish wreckers, headed by her Uncle, who lure ships to their destruction, kill all on board and make off with the contents.

After she witnesses the attempted hanging of one of the gang and effects a rescue, she finds herself drawn into a world of secrets, smuggling and deceit and must fight for her survival. 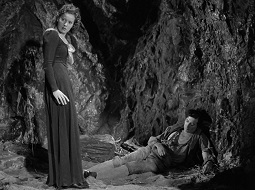 Jamaica Inn is a masterful piece of work. It is graced with an amazing sense of drama, waves crashing and thundering across Cornish clifftops on horseback through the wind and rain, with an atmospheric soundtrack that will make your toes curl.

It is of course a great story and Hitchcock did a magnificent job of bringing it to life, backed up by a cast of brilliantly villainous actors who are fully believable as the ne’er do well members of a wrecking gang. Filled with suspense to the very end, this is a brilliant way to spend a Saturday afternoon, so sit back and enjoy the taste of the salt and the wind in your hair.

“I know what to do with money when I have it. That’s why I must have it.”

Jamaica Inn is available to buy now on Dual Format DVD and Blu-ray.