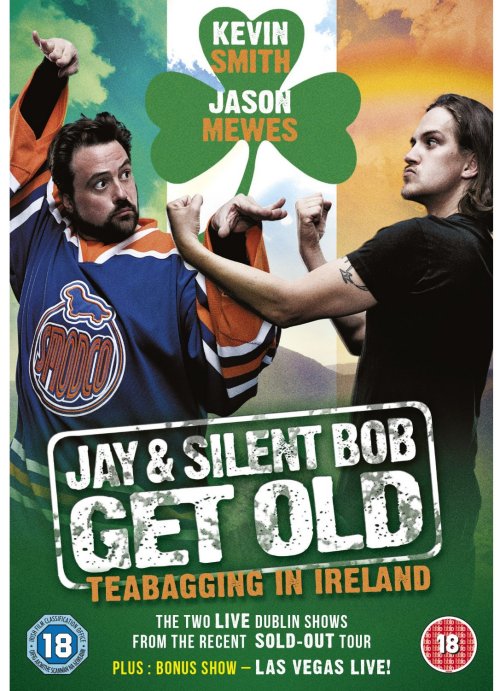 5.5 Stars out of 5…This is the DVD you have always wished your mum would have let you watch when you still lived at home.

This is a recording of live stage show of the two stars of Clerks, Mallrats, Chasing Amy, Dogma, Jay and Silent Bob Strike Back, Clerks II, and various other spin offs.

Jason Mewes was never on the rails during any of these films and Kevin Smith actually employed a minder to stop Jason straying.

His Drug habit actually meant that a dentist could not give him enough effective drugs to fix his dental problems.

This is all told in a very open and candid way, as the two stars sit at a table in front of the audience and recant their various exploits to the crowd and at some points a personal revelation is revealed.

Jason spends most of his time reliving his drug addled sexual exploits, either in a vehicle or not ( at this point it should be pointed out that he has been keeping a diary of how long he has been on the straight and narrow.)

This is a history lesson of the time that has happened since Clerks and how life has evolved for the pair of them, as Kevin retook Jason under his wing to help his Hetro Long Time Mate come clean.

If you are into any of these films you will absolutely love this open vulgar toilet humour as it goes into the psyche of the two stars and how all these films came to be, there is even audience participation at the end of each show.

Man this is the Balls.