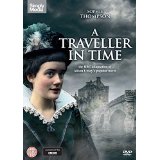 Can one girl change the course of history?

Director Dorothea Brooking was described by executive producer Anne Home as “one of the most influential makers of drama from the early Fifties onwards” (The Railway Children, The Secret Garden). Diana De Vere Cole brings the words of the novel by Alison Uttley (Jackanory) to life. 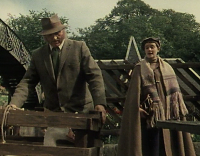 After falling ill to pneumonia, Penelope (Sophie Thompson, The Missionary) heads from London to Derbyshire to convalesce at her Aunt’s historical Thackers Farm.

Greeted at the station by Uncle Barnabus (Gerald James, The Man with the Golden Gun) who is surprised to greet such a grown young

woman, he ferries her to Thackers, a lovely stone built farmhouse, but back in the Elizabethan era it was much bigger and grander, the family seat of the Babingtons.

As soon as Penelope arrives she feels the history of the place, as in the fading light she hears a lute playing and choral singing, which Uncle Barnabus doesn’t notice. She is

greeted warmly by Aunt Tissie and is told that she must take her time to convalesce and enjoy the fresh Derbyshire air. Penelope wants to explore the farm and collect eggs and feed the calves around the farm.

She is shown to her bedroom, which has a magnificent four poster-bed which has always been in the house as far as anyone can remember and it has the Latin motto Foy Est Tout (Faith is Everything) carved into the headboard.

When heading back to to her room she walks into the wrong room and finds a lady (Mistress Babington, Mary Maude, The House that Screamed) sitting at the window embroidering. Nothing wrong with that but she is dressed in period clothes and nobody else is living at the farm. 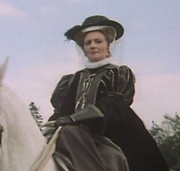 Penelope finds out that Mary Queen of Scots (Heather Chasen, Les Misérables) was imprisoned just two miles up the road at Wingfield Manor and that the motto on her bed is that of the Babington’s who owned the house before the present dynasty.

Anthony Babington (Charles Rogers, Sorceress) is the man that was hung, drawn and quartered for his implication in the plot to free the imprisoned Queen. As Penelope finds that she is not just seeing ghosts, she is actually in the past and living in the 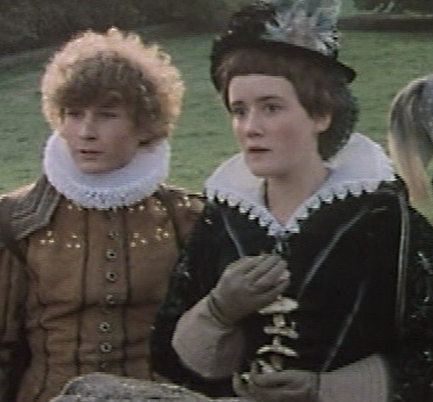 Babington’s Manor, she becomes a kitchen maid as one of her ancestors is the head of kitchen. She wishes the Queen of Scotland to be freed and helps the family in their plot. Even if there is a person that does not trust her. But there is someone that takes a shine to this time travelling girl.

A great tale well executed just the thing for an afternoon.