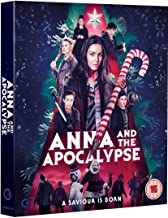 Anna and the Apocalypse is based on a BAFTA winning 2010 short film by Ryan McHenry, creator of the internet Vine smash hit, Ryan Gosling Won’t Eat His Cereal. Unfortunately, he didn’t get to see it made into a feature film, but his friends, including co-writer Alan McDonald made sure his dream became a reality.

This astonishing piece of work is directed by John MacPhail (Where Do We Go From Here?).

“Please try to remember that a hand sanitizer is your friend. Kissing on the mouth is not your friend.”

Anna (Ella Hunt – Robot Overlords, Cold Feet) is a teenager, disillusioned with the small Scottish town of Little Haven where she lives. 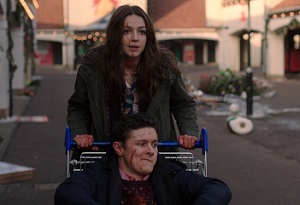 She has secretly booked a flight to Australia in order to travel before University, much to the annoyance of her father Tony (Mark Benton – Early Doors, Eddie the Eagle). 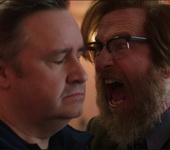 It’s late December and tonight is the night of the Christmas show, with the whole school preparing. Anna’s friend Lisa (Marli Siu – Dixi) has a star turn, with a slightly salacious song about Santa Claus and is keen for boyfriend Chris (Christopher Leveaux – Love Me Till Monday) to see the performance. Editor of the school blog, Steph (Sarah Swire – God Help the Girl) is writing a piece on homelessness at Christmas and wants Chris to help her instead, not a popular choice with Lisa. They also have to deal with local bully Nick (Ben Wiggins – Mary Queen of Scots). 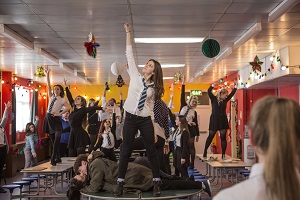 But things are about to get interesting in this sleepy little town, as the disease that has been sweeping the planet finally arrives, bringing with it mayhem, zombies and lavish song and dance numbers on a grand scale.

Anna and the Apocalypse is an hilarious film, laugh out loud funny and strangely satisfying to watch. The songs are brilliantly and enthusiastically performed and very catchy, fun to sing along to. Given that much of the cast are relative newcomers, the acting is excellent and the story is completely bonkers.

Our intrepid band of teenagers are assaulted by zombie snowmen, rabid Santas and ferocious penguins and many other weird and wonderful things. There’s plenty of killing and gore for zombie enthusiasts although for my taste there could have been a little more music.

All in all a great watch, very entertaining and well worth adding to your collection. An ideal gift for the horror fan in your life.

Anna and the Apocalypse is available to buy now on DVD and Digital HD and enjoys its UK Blu-ray debut on 2nd Dec 2019.