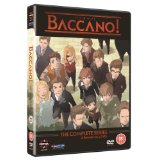 Takahiro Omori (Hyper Police) directs the most moreish anime I have come across in many years.

This is definitely for the adult anime fans.

These 16 episodes are adapted from the light novels of the same name written by Ryohgo Narita (Vamp) and illustrated by Katsumi Enami (Hariyama-san). 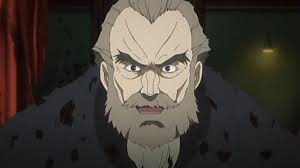 1711, alchemists have been working for years and their labours come to fruition when they are granted the elixir of immortality, this is what they wanted but not the proviso, that they must kill each other until there is only one left.

Dismayed by this turn of events, the alchemists decide that the elixir was not worth it and they agree to destroy it and keep the peace, but there is one person who disagrees about the destruction of the elixir. He wants to be the one and he starts to bump off his fellow immortals, so they agree to scatter to avoid Szilard Quates and never to meet again. 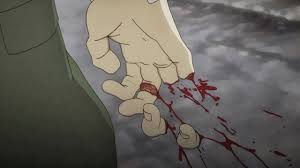 But now it is 1930’s Manhattan, the swinging 30’s (if you are a jazz fan you’ll love the music), prohibition is in place and the Mafia families vie for power and for the huge amounts of money from speakeasy’s.  Szilard Quates has toiled relentlessly and now he has recreated the elixir, but doesn’t keep it for long as some street thugs steal it, thinking it is booze. Soon it is doing the rounds and a lot of people get to drink it (so it begins).

As well as crazy thieves Isaac and Miria, who have hair-brained schemes for becoming rich, we have the hardened thugs of the Mafia and Ladd Russo, a psychopathic killer dressed in white who loves the colour of claret. There is an attempted murder of Luck Gandor and his friend Firo Prochainezo of the Martillo Camorra family. All hell is about to breakout and it will take place on the Transcontinental Express steam train 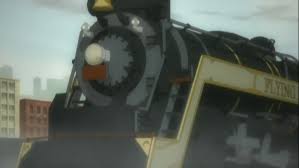 Bullets will fly and people will die, but these ones get back up again and again.

With great animation, great characters and a cracking sound track, you will cheer for these characters whether they be villain or victim, but which is which?

This is a must for the over eighteens.

“Even though we are going to shatter thousands of lives,

wearing white is gonna make this look so pretty”.