4 stars for this well written and compelling police drama. 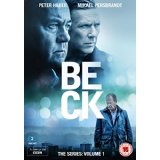 Beck The Series: Volume 1 is brought to us by Arrow Films as part of their “Nordic Noir and Beyond” collection and consists of 5 full length feature films, the final film from series 4 and the four films which make up series 5.

Beck was originally based on the series of 10 novels by husband and wife writing team Maj Sjöwall and Per Wahlöö and was a series of 10 films, keeping to that story. Due to it’s popularity, there have subsequently been another 30 films made with the current cast, telling new stories with the existing characters. This release features films 26-30. 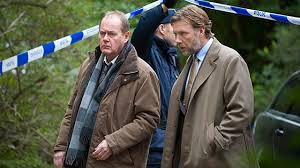 It is a great example of the “good cop, bad cop” genre and tells us the story of the stoic Martin Beck (Peter Haber – The Girl With Dragon Tattoo) and his irreverent and grumpy partner Gunvald Larsson(Mikael Persbrandt – The Hobbit: The Desolation of Smaug). Along with the help of the other team members, Lena (Stina Rautelin – In Bed With Santa) and Oskar (Måns Nathanaelson – Frostbitten), they solve any cases that come their way. 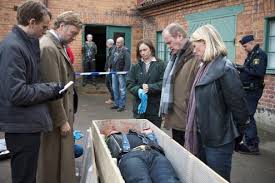 The first film is called Buried Alive and faces the team with the very real possibility that they are facing a serial killer. At first it appears to be biker gang related , but it soon becomes apparent that this may be a smoke screen.

The second film is Room 302, a mysterious murder in a hotel room and finds the team getting to grips with their new boss, who is far more hands on than they are accustomed to.

The third film is The Family, which deals with the shooting of a crime boss in front of his family, with the horrifying hints that his in laws may have been involved.

The fourth film is The Invasion and it is the most interesting, especially in light of current events, dealing as it does with the subject of Islamist terrorism, and the final film is The Hospital Murders, which does exactly what it says on the tin, with suspicion falling heavily at the feet of a doctor who is way too involved with his patients. 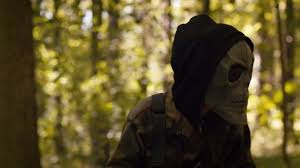 Beck is a very compelling series. The characters are strongly written and the interaction between them is brilliant, lending authenticity to the stories. Unlike others of the genre, Beck is slow paced, but you soon get used to that and if anything it adds to the excitement, as you don’t feel rushed along, you feel as if you are in on the whole investigation.

It also works well being in feature film format, as there is plenty of time to thoroughly explore each case and storyline and also to get to know the characters. You don’t need to have seen any of the previous films to enjoy it either, I hadn’t, and each one stands alone quite well.

Beck has a very clear sense of it’s own identity and providing you don’t mind subtitles this is a must see for fans of the crime genre.

“No, Inspector Beck, I’m not a sick person committing sadistic crimes. That’s not what this is about. It’s about adding sense to the punishment.”

Beck is available to buy now on DVD.