4 Stars for the next instalment of this epic tale. 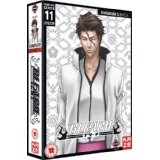 Bleach series 11 is directed by Noriyuki Abe and based upon the Manga by Tite Kubo. This series comprises episodes 213 – 229 and is called Arrancar: Decisive Battle Of Karakura Arc.

It begins back in time, during the Hueco Mundo Arc (Series 7) for the first two episodes, where we see Kisuke Urahara pit his comedy super hero team against the Hollows and then erect a protective shield around Karakura Town.

From episode 215 onwards there are two story-lines running along side each other. Sōsuke Aizen brings his army of Arrancar to Karakura Town in order to try to create the King’s Key and destroy Soul Society. To do so he must battle Soul Society’s Soul Reapers, guarding the four pillars which keep Karakura Town hidden. So begins the long awaited Battle of Karakura. 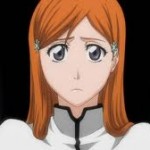 At the same time, Ulquiorra Cifer (4th Espada in Aizen’s army) has Orihime Inoue trapped in the Fifth Tower and it is up to Ichigo Kurasaki to save her.

There is no shortage of action to be had here as the many battles unfold. The animation is very  nice, modern and clean looking and plenty of detail (except for the Hollows, which seem to have very little).

There are four main theme songs for this series, two for the first two episodes (“Velonica” and “Sky Chord”) and a different two for the rest (“Girl S” and “I Will Protect You, I Love You”).

Although this has plenty to recommend it, you would be very much advised to bring yourself up to speed on all matters Bleach before attempting it, as it can be very confusing to the uninitiated. 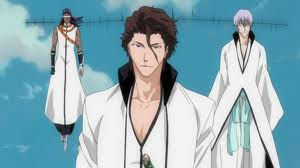 Bleach is available to buy now on DVD