4 stars for this next instalment of the mighty force that is Bleach. 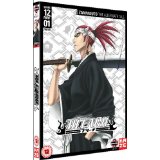 Bleach Series 12 Part 1 is subtitled Zanpakutō: The Alternate tale. A Zanpakutō takes the form of a  sword carried by the Soul Reapers, which is believed to be born within the soul of a Soul Reaper and die with them, two halves of the same soul.

At the beginning of this series, the Soul Reaper captains and lieutenants begin to notice that they are losing control of their  Zanpakutō, refusing to come when called, disappearing without permission. When a meeting of all the captains is called, it becomes apparent that something sinister is afoot. 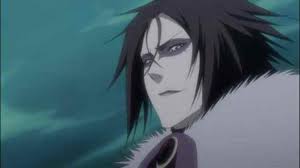 At the meeting place, the captains meet the mysterious Muramasa, who announces that he has released the Zanpakutō from the control of their Soul Reaper masters and is now putting them in control.

This places the Soul Reapers in a dilemma, as their Zanpakutō take physical form, independent of them and begin to make their feelings known and attack. The big question for the Soul Reaper captains, can they still use their powers without the aid of their Zanpakutō? And if they are forced to destroy them in combat, will they, and their powers along with them, be lost forever? 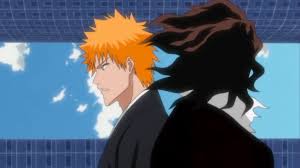 Ichigo risks the ultimate sacrifice and returns to the Soul Society with his Zanpakutō, Zangetsu, in order to try and find out what is happening and put a stop to it.

He must also assist with the search for Rukias’ brother, Byakuya, who has gone missing during the battle.

What follows is a series of epic battles between each captain and their own Zanpakutō, as they desperately try to find a way to resolve the situation before it’s too late.

With plenty of startling revelations and twists and turns, this will leave you eagerly awaiting Part 2.