4 stars for the climax of the story of Kageroza. 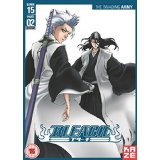 Bleach Series 15 Part 2 has had the Funimation treatment and is now available in the UK. It concludes the Invading Army arc and comprises episodes 330 – 342. This follows directly from the events of the previous series so the usual spoiler alerts apply. 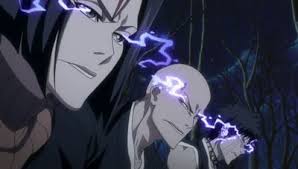 The numerous battles between the Reigai (mod souls hidden within replicas of many of the 13 court guard squads) and the original soul reapers continue unabated and without assistance. All of the captains have been missing since their big showdown with Kageroza and their respective Reigai and despite all attempts to locate them no progress has been made.

After Nozomi’s revelations about her origins, Ichigo and his friends vow to protect her against Kageroza and in order to help with this she moves into the Kurosaki clinic along with Ichigo and his family. 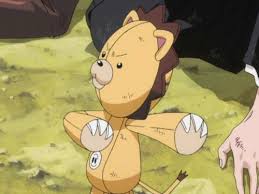 Kon has a large part to play in this part of the storyline, given a bit more of a chance to be his own character, due to the fact that he and Nozomi have a bizarre kind of affinity. He found her, they are both mod souls and she thinks he is a pervert (she’s right).

No-one knows why Kageroza wishes to capture Nozomi, but it seems imperative that he does not get his hands on her. On top of all the other problems, Ichigo is facing a personal battle of his own, his powers are fading fast and when this happens he will no longer be able to fight, or more importantly, see any of his friends in the Seireitei. 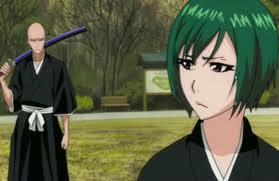 This series brings the story to a close and it is good, but in places it does feel a little rushed. It would perhaps have benefitted from a few more episodes and better explanations of what is happening. There are also a few places where they seemed to start a story thread then change their minds and crowbar a way out of it.

However, Bleach fans will certainly want to see this, as it continues the story and does contain some very important revelations.

“Just so you know, the words harem and daughters are not supposed to go hand in hand, you dirty old b*st*rd.”