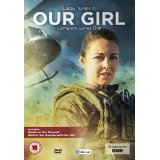 5 Star Life and Times in the Army in Afghanistan

From the pen of the prolific writer Tony Grounds (Chancer, Family Business) comes a seriously gritty tale of a British Army medic thrown in at the sharp end of life in Camp Bastion and the beautiful country of Afghanistan.

As Seen on BBC

It is October 2013 and Molly Dawes (Lacey Turner, EastEnders, Call the Midwife) is finishing her intense training, when she is called over to her commanders vehicle and told that she has just one night to tell her family and sort her stuff out before she is shipped off to Afghanistan as a battle casualty replacement.

She will be joining 2 section, the company called the “Under Fives” due to their young members. Her first shock is Smurf (Iwan Rheon, The Rise), a squaddie who she had a one night drunken fling with and doesn’t want her to forget it either.

The section is lead by Capt. James (Ben Aldridge, The Railway Man, Lark Rise to Candleford), a man who Smurf would follow into the depths of hell.

Smurf is his lead man and when Molly starts off on the wrong foot by making mistakes and her naivety, she is soon found laughable.It is only Smurf’s affections for her that keep her talking to anyone except a young Afghan girl

Bashira (Becky Eggersglusz) who she befriends, to the extreme annoyance of Capt. James and the others of the squad.

Smurf has an intense dislike of the Taliban, as it was they who had killed his twin brother on a previous tour and it was the Captain who crawled to try and save him. He follows Bashira, but ends up in a mined river bed, but it is a snipers bullet that downs him.

There is only one thing on Dawes mind, saving her comrade, without thought for her own safety she heads for the very quiet Smurf. As she searches for mines 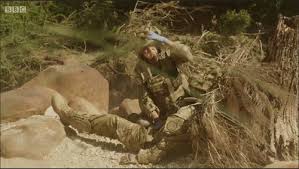 she accidentally nudges a mine, sending her flying, but miraculously she isn’t blown to pieces and manages to get to Smurf who is in a bad way. She calls for a evac helicopter as she tends his serious wound. He can’t be lifted on his own and as her ears are still ringing and over the noise of the helicopter, she doesn’t hear Captain James screaming in her earpiece not to go.

She returns a squad hero and the rest is life in Taliban country.

A cracking series that it seems only the BBC could carry off, with many twists and turns. We see Dawes life in the Under 5’s get under her skin and makes her one of the “lads”. But the Taliban are not interested in her relationships with the Under 5’s, they want her dead, as she is a bad role-model to the girls of Afghanistan.

Now we are out of Afghanistan, this is a testament to those who went and didn’t come back and those that came back different. 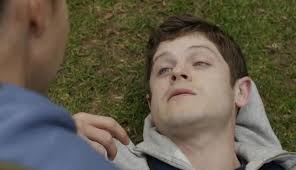 Available to Order on DVD Now.