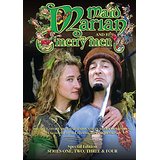 Merry Men and a Happy Maid.

From the pen of Tony Robinson (Black Adder) and through the BBC, and director David Bell (Grange Hill) they bring us four seasons 1989-1994 of one of the most popular ‘children’s’ programs ever to air on TV.

This the tale of what really happened within the confines of Sherwood forest back in the mists of the 12th century. Peasants and mud, that’s what there was, with the Normans on their backs, taxing them into poverty and the person in charge of this is the nasty (Boo) Sheriff of Nottingham (Tony Robinson, Time Team) who collects it all for the even nastier (another Boo) King John (Forbes Collins, Jesus of Nazareth). 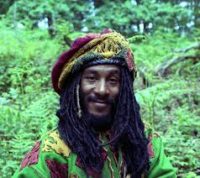 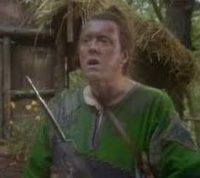 The maid Marian (Kate Lonergan, Ahead of the Class) hates all this oppression and wants to do something about it when two of the villagers Rastafarian Barrington (Danny John-Jules, Red Dwarf) and grubby Rabies (Howard Lew Lewis, Robin Hood: Prince of Thieves) are wrongfully accused of crimes by the sheriff and taken to the castle. 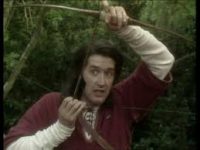 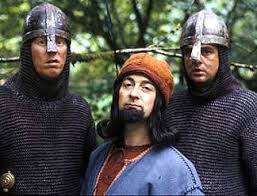 They manage to free the two and now the band of merry men can be formed.

With lots of fun mayhem and tunes this is a great limited run (3000) boxset for the whole family with such episodes as Robert the Incredible Chicken, The Sharp End of a Cow, The Beast of Bolsover, Rabies in Love and The Worksop Egg Fairy. You know that the fair village of Worksop will never be the same again.

Hours of fun for one and all.