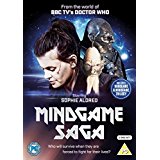 Dr Who characters for the Fans.

From Dr Who writer Terrance Dicks (Space: 1999) and Dr Who documentary director Keith Barnfather (Myth Makers Vol. 8: Tom Baker) comes an unofficial tie-in to the BBC’s prime-time Sci-Fi show. They bring together characters that have never met on the BBC’s show as of yet.

Endgame. An unknown alien has a plan to see who their next ally will be on their bid to conquer the universe. They have chosen three strong candidates a Sontaran

officer (Toby Aspin, Red Dwarf), a Draconian (Miles Richardson, Flushed Away) nobleman and a Human mercenary (Sophie Aldred, Dr Who). These three have been transported from their relative galaxies to a small cell in the centre of an asteroid in-between dimensions.

The aliens aim is simple get the three to fight it out until there is only one. This 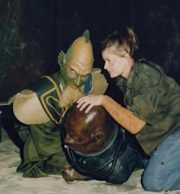 is a short so everything happens quite quickly and I don’t want to spoil it for the Whovians out there.

But those of our readers that are we know the standpoint of each race is and we see how they all react to being in confinement with an alien giving them demands. But this is a Dr Who spin of and we all like how Dr Who episodes end.

Endgame Saga. This sequel follows the immediate aftermath of the alien abduction on the prisoners of Endgame. Field Major Sarg (John Wadmore, Eye of the Beholder) now back on his beloved battlefield. The Draconian back on his home-planet and the Human back on her recon flight.  We have a three

separate scenes of what has happened to the now relocated races as they face their fate in which they had left just fleeting moments before.

The Draconian receives a very rare strange gift that changes his life, whether  he is happy with that is something you will have to see.

Mind game saga sees three cracking performances from all the actors who do a piece to camera for the full scene. Great stuff. 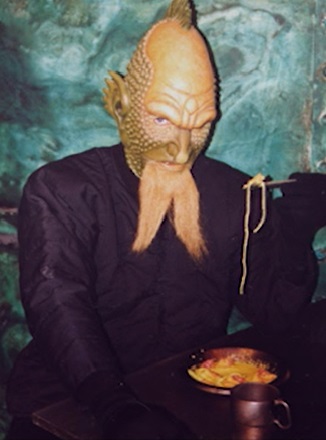