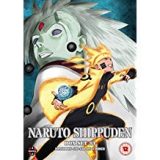 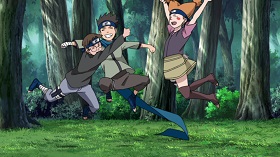 “So you still believe in us? Thank you.” 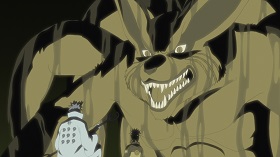 As Naruto and Sasuke lie near death, Kakashi and a reformed Obito prepare to confront Madara together. But Madara has gained the power of the Six Paths, and Guy may have to make the ultimate sacrifice and open the Gate of Death in order to fight him. And even that may not be enough once Madara activates the Infinite Tsukuyomi, trapping everyone in a dream world. Can this incredible power be overcome? 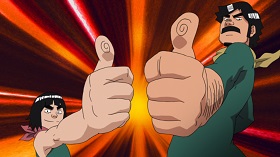 This Boxset is a massive improvement on the previous one. As Naruto and Sasuke find themselves greatly changed by the events of the war, we get right into the meat of the story.

Packed with revelations about many of our favourite characters and advancing the story very nicely, this is a must own for any fans of Naruto Shippuden.

“No, I am not sad. Showing compassion or sorrow to someone who has resolved himself would be an affront.”

Naruto Shippuden Box 33 is available to buy  now on DVD.