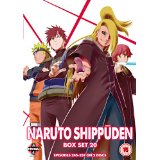 The usual spoiler alerts apply, this is an ongoing story, so don’t read unless you have seen the previous episodes!

Naruto Shippūden Box Set 20 comprises episodes 245 t0 257 and picks up the story with Naruto still on the Island where he has been told he is to train with Killer B (or Octopops as he likes to call him), who is the eight tails jinchūriki and so has learned to control it’s Chakra, a trick which Naruto is yet to master. 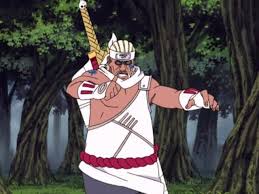 Although this training is very useful and indeed necessary, the real reason for their being sent away is to keep them out of the war, since the goal of the Akatsuki is to take control of all the tailed beasts, making it imperative that Killer B and Naruto not fall into their hands.

Naruto is once again forced to face himself at the waterfall of truth to prepare for the upcoming trials, but with guidance from Killer B things go much better, and he progresses to the point where he can attempt to fight the Nine Tailed Fox. 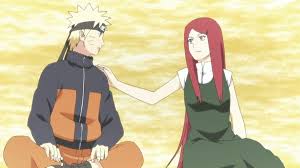 During the process of unlocking his seal and taking on the beast, Naruto comes face to face with his past, in the form of his mother, Kushina, whose Chakra is sealed within him and whom he has never met. He will finally learn the truth about the day of his birth and about what really happened to his parents the day that the Nine Tails destroyed the Hidden Leaf Village

Meanwhile, the Allied Shinobi Forces are closing in on the location of the Akatsuki headquarters at the same time as Killer B finally discovers that Kisame (the shark man) has been hiding away inside Samehada all this time. 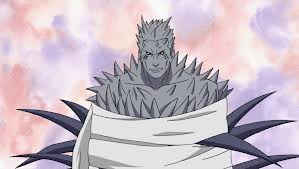 As his previous owner, he was able to force the sword to hide him and not alert Killer B to his presence.

The team must attempt to stop him from escaping with this valuable Intel which will give away the location of the two jinchūriki and defeat the purpose of their being there at all. 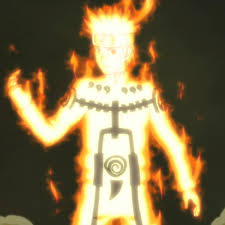 Things are really beginning to come to a head now, after lots and lots of fillers, this Box Set advances the story, bringing the war ever closer as well as explaining lots of things. With troops amassing on both sides and war plans being laid this is an exciting watch, we’re finally getting to see the war!

As always with Naruto, there is a strong undercurrent of emphasis on the importance of friendship and loyalty and there are some quite emotional moments in here for fans.

If you are a fan of Naruto then obviously you will be waiting for this, and you won’t be disappointed, a great watch and an interesting continuation to the story.