4.5 stars for this compelling and strange Manga series. 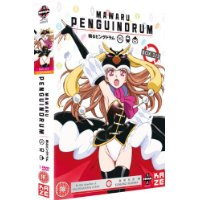 How far will we go to save those we love?

Mawaru Penguindrum 2 is directed and co-written by Kunihiko Ikuhara (Revolutionary Girl Utena) and is the second and final instalment of this fascinating story, comprising episodes 13 -24.

The story begins with three siblings, Himari Takakura and her twin brothers, Shōma and Kanba. While on a day trip to see the penguins at the aquarium, the terminally ill Himari collapses and dies, only to be mysteriously resurrected by a spirit wearing a penguin shaped hat. 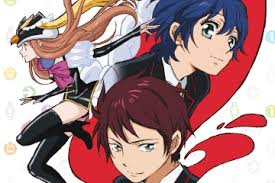 In return for saving the life of their sister, Kanba and Shōma are told by the spirit that they must find the item known as the Penguindrum.

Shortly after, they receive a package containing three penguins, one for each of them, that only they can see, who will aid them in the search for the Penguindrum. Also caught up in this story are Ringo Oginome, good friend to Himari and sister of Momoka, who was killed on the day of Ringo’s birth by an act of terrorism carried out by the parents of Himari and her brothers.

As the second series begins, we see Himari once again critically ill in hospital, this time in the care of Sanetoshi, a doctor who seems to have an unusual interest in her well-being. 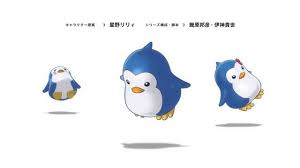 The consequences of past actions are beginning to close in and it starts to become apparent that a far higher price must be paid than anyone originally thought. Can our heroes hold together the fragile bonds of friendship and love in order to complete their mission, find the Penguindrum and save the life of Himari?

Although some of the discs are labelled as 12 certificate, this is most assuredly an 18 certificate series. The portrayal of everyone in the world except the main characters as faceless one-dimensional cut-outs lends a very cold feel. 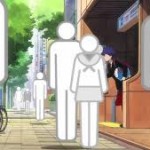 There are some very deep and disturbing themes running through it, incest, terrorism, tragedy and betrayal. And of course penguins, whose antics are hilarious and serve to partially diffuse some of the more tense scenes. The intros to each of the episodes are based around a subway, as our characters board a train which leads them inexorably towards the glorious and heart-breaking conclusion.

Mawara Penguindrum is truly a work of art and a definite must see. Although confusing at times, the way it is all brought together at the end is brilliant, thoroughly enjoyable and well worth adding to your collection. 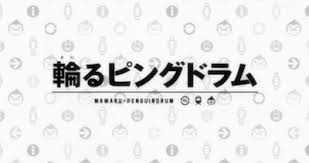