4 stars for this tense thriller. 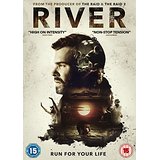 River is a Canadian production, written and directed by Jamie M. Dagg and is his directorial feature debut. 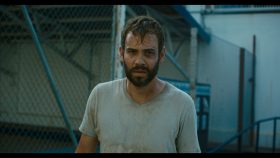 When an operation goes seriously wrong and he goes against the direct orders of his senior Dr. Novella (Sara Botsford – The Fog, The Arrow), she tells him to take a couple of weeks to think about his career choices.

Stating that there is nothing back at home for him, he decides to head to a quiet island in the South of Laos to relax and clear his head. After checking into a lovely little hotel with a hammock overlooking the river, he heads off to the local bar for some rest and relaxation.

This is to be short lived however, as on his way back to the hotel he encounters an incident, a young Australian man has sexually assaulted  a young Laotian woman and he confronts him. 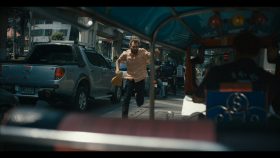 Unfortunately, the young man is found dead the next morning and he suddenly finds himself a suspect in a murder investigation. Just to make matters worse, the young man is the son of an Australian senator, so the authorities are most certainly not going to let this one go.

What follows is John’s desperate attempts to clear his name and ultimately to escape the authorities.

River is an intelligently written thriller, with excellent acting from Rossif Sutherland. There is palpable tension throughout and set against the beautiful backdrop of Laos, the fear of the chase and the seeming hopelessness of his situation seem all the more stark.

There is also an interesting moral dilemma for John to deal with which does make you question your own moral compass somewhat. A well put together film, worth adding to your collection. 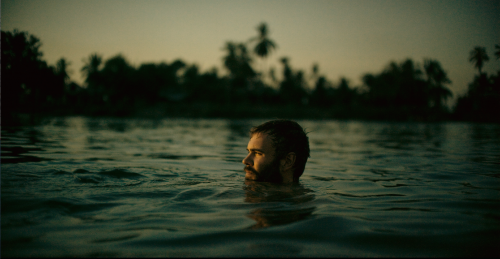 River is available to buy now on DVD and Digital Download