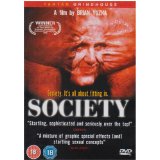 Arrow Video is thrilled to announce the UK Blu-ray and DVD release of the sordidly satirical 1989 body-horror shocker Society, arriving on 8th June. One of 2015’s most talked about Arrow Video releases, Society makes its Blu-ray debut in the UK as an exclusive digipak featuring Blu-ray, DVD and Society: Party Animal, the official comic book sequel. This exclusive set will be limited to a run of only 3000 copies only and comes with a full colour 24-page booklet, alongside a host of bonus features.

This was Brian Yazuna‘s directorial depute which led to Re-Animator 2 and other horror titles. With Screaming Mad George responsible for the amazingly surreal special effects (which will be 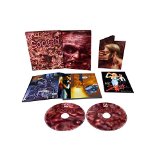 applied, not shown as not to spoil the surprise for first timers).

I loved this film when I first saw it back in the day and now that it’s on blu-ray, and looking beautiful, the Society are always the beautiful people.

Bill Whitney (Billy Warlock, Baywatch) is a lucky young man. He lives in a mansion, two wealthy parents and a very pretty sister, and a best friend, Milo (Evan Richards, Midnight Fear). But that doesn’t stop him being paranoid that something is terribly wrong in his life, the afore mentioned family and he talks out his

problems with close family friend Dr Cleveland (Ben Slack, Murder in the First) who lays Bill’s problems solely at Bill’s feet, that it is just his mistrust of everybody, even his shrink.

But when he is concentrating he is heading for the class president-ship against his main rival Martin Petrie (Brian Bremer, The Killer Next Door), a member of Ferguson’s (Ben Meyerson, Knocked Up) upper-class club and Bill’s cheerleader girlfriend Shauna (Heidi Kozak, Cold Steel) wants to get into to Ferguson’s good books

and his parties. This is one of Bill’s problems, the other is Blanchard (Tim Bartell, Meatballs Part 2) he is Jenny’s (Patrice Jennings, Beverly Hills 90210) ex-boyfriend, who has a fixation and somewhat strangely feels that Bill’s paranoia isn’t unfounded, as he gives Bill a cassette tape of Jenny going to her coming out

party. This sets off Bill’s Paranoia of extended family incest, but when he meets the mysterious Clarissa (Devin DeVasquez, Hard Time), he sees a different twist to high society life. What follows is strange and bizarre horror, but this film is billed as a comedy horror. I missed the comedy, more a social comment on how not to choose your parents.

But this is still one to own if you are any sort of Horror fan as this was one of those landmark films of it’s time and now it is all shiny and comes with the sequel comic. 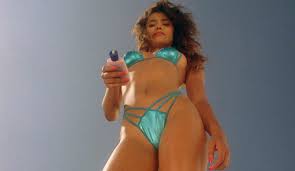