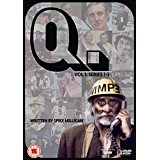 From the surreal minds of Spike Milligan (Life of Brian) and Neil Shand (Kenny Everett’s Christmas Carol) came a BBC 2 classic comedy series that took topical subjects and turned them on their heads and just plain bonkers sketches.

The Q series of sketch shows in this release are Q5 1969, Q6 1975, Q6 1977. Q5 heavily influenced the development of the early days of the Monty Python Flying Circus team, but due to the relationship between Milligan and the BBC he didn’t get the second Q series until 1975.

This series that aired on BBC 2 just wouldn’t be 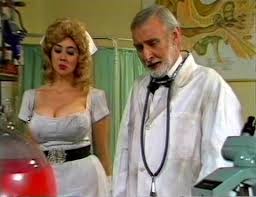 shown nowadays due to the subject matter, language and nudity. So if you have never heard of this series and are easily offended this is possibly not the series for you, but if you remember it with fond memories then this is your opportunity to own the first three series (more coming next year).

Milligan and Shand always hit the raw nerve with their humour with topics in the news and also having a direct go at the BBC and the government and others on the TV at the time. They cover all sorts like the tobacco industry, the free Welsh army, Nazi’s at the BBC, the Black and White Minstrel Show, The Yorkshire Miners, LGBT and Race just to mention a few.

Times were harder back then and so was the humour and the thickness of people’s skin to take this kind of laughs as it was mostly filmed in front of a live audience and the corpsing is left in as the scenes play out.

This is a blast down memory lane and the way things were and a stick was a sword, gun or a bow and we had wind in our hair and mud all over us, instead of our over sanitised life today.

“What we need for this sketch is a couple of poofs in drag.” 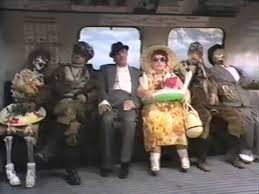