5 Star Fun in Front of the Telly 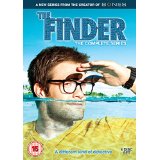 Hart Hanson‘s genius brings us the spin off from his Fox hit Bones, based on a character in one of the episodes of the same name from the sixth series.

This is a delightful series that has you gagging to watch episode after episode, (“binge watching” may be harmful to your day job).

The story evolves around Walter Sherman (Geoff Stults, J. Edgar) and his unique talent for finding things and people, after a failed finding mission in the Iraq War where his transport was destroyed by an IED killing six of his crew and he suffered a brain injury, awaking his new talent for making connections that others would not see.

Walter is aided by his friend, legal advisor and the owner of the “End of the Earth bar at Looking Glass Key, (it’s always sunny) Leo Knox (Michael Clarke Duncan, Sin City). He sticks by Walter’s quirkiness and paranoia and at times his illegal activities during his findings. This is why there are a lot of powerful people that owe Walter some very big favours.

Another valuable member of Walters tight unit is Willa Monday (Maddie Hasson, Underdogs) a gypsy girl serving her probation under Leo’s supervision. Walter uses her inherent talent of being able to remove anything from someone’s

person. The leader of the gypsy’s is Uncle Shadrack (Eric Roberts, The Expendables) who keeps an eye on Willa’s

actions and whereabouts as she is betrothed to Timo (Toby Hemingway, In Time) who is also  gypsy, but is in love with another, much to the annoyance of Uncle. 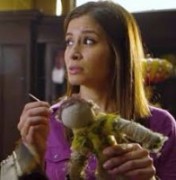 Along with his Jiminy Cricket (Leo), Walter has the help of Deputy U.S. Marshal Isabel Zambada (Mercedes Mason, Sniper: Legacy) who is able to cross borders in the search of her quarry, which comes in very handy for the kind of searches that Walter does.

This is 13 episodes that will wile away your hours in the best possible way, as Stults quirky take on his character puts a big old smile on your face.

Walter does it good. “I’mma risk it”.

If you put this on your DVD shelves you shouldn’t be disappointed.

Walter helps you whether or not you know what it is you need help with. 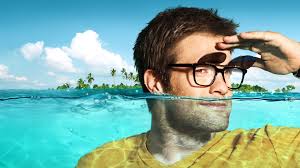