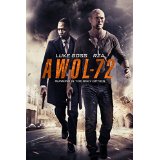 Written by Cecil Chambers (God’s Country, Desecrated) and Christian Sesma (Shoot the Hero, On Bloody Sunday) and directed by Christian Sesma, AWOL 72 is an action film which kind of wants to be a thriller, maybe even a mystery.

It’s important however not to blur the lines between mystery and just plain confusing the viewers.

Conrad Miller (Luke Goss – Blade II, Death Race 2) is a US marine who has gone AWOL in possession of some undefined secrets. Forced to once again leave his girlfriend, Laura (Heather Roop – The Hangover, All My Children), who has just discovered  that she is pregnant, he gets on the road and arranges to meet various random unexplained strangers via a series of new and still packaged mobile phones. 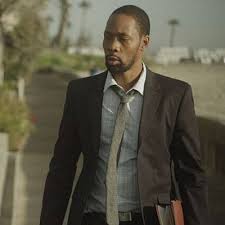 While he is talking to Laura on the phone, two men appear at her door, Det. Adams (RZA – Due Date, Repo Men), of the LAPD and Special Agent Cushko (Adam Gregor – Knight and Day, Razor Sharp), of the Russian Special Intelligence Agency. They have questions to ask about her boyfriend, she denies all knowledge, but they weren’t born yesterday and she is put under surveillance.

In the meantime, Conrad is out there on the road having some pretty weird encounters and adventures which are, frankly, absolutely nothing whatsoever to do with the story. It’s almost as though they got half way through and thought “this is getting a bit boring now, let’s sneak in another film and see if anyone notices”. We did.

Even so, all in all, this is a pretty good film. Luke Goss is excellent, he makes a good hard man, and even though the story is silly he plays the part with gusto. Most of the other performances are also good, RZA should probably stick to film soundtracks, but he tried and that’s the main thing.

AWOL 72 is unlikely to win any awards, nor should it, but it is good fun and well worth a watch, especially for Luke Goss fans.

AWOL 72 is available now on Digital and DVD.