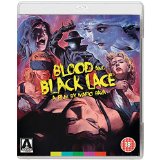 Blood and Black Lace was first released in 1964 and was directed by Mario Bava (Black Sunday, A Bay Of Blood). It was the spearhead of the Giallo genre (Italian murder/mystery/horror films) and became the prototype for what we now know as “slasher flicks”.

Blood and Black Lace has been lovingly converted from the original film negatives, brought up to date and tidied up enormously, both picture and sound. The result is a film which looks and feels like it was always meant to. 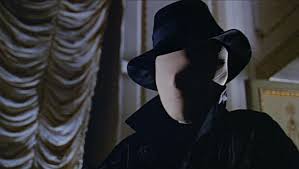 The story takes place in the Christian Haute Couture Fashion House, a stylish and well thought of establishment which employs a number of young ladies as models for their clothes. The film opens with a dark night, a storm, and the strangling of a young woman by a mysterious stranger, dressed in black and wearing a mask to obscure his face. 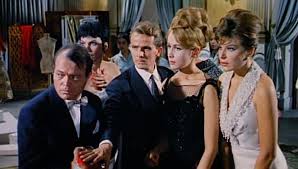 When one day one of the models, Isabella is late for work, little does anyone suspect that a killer may be on the loose. But when her body is found in the wardrobe, the police are called and almost immediately everyone in the building becomes incredibly shifty looking.

When Inspector Silvestri (Thomas Reiner) arrives he gets straight to work interviewing everyone. Contessa Christina (Eva Bartok – The Crimson Pirate), the owner of the company and Mister Morlachi (Cameron Mitchell – Carousel, High Chaparral), the managing director are first up, followed by her flatmates Peggy (Mary Arden – Bloody Christmas) and Tao-Li (Claude Dantes). 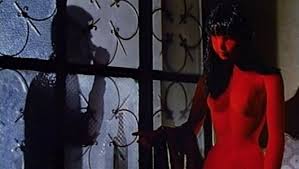 In true murder mystery style, there are plenty of other suspects, too many to name here and plenty of other murders and lots of fun to be had trying to work out the identity of the culprit.

There is lots of clever use of lighting effects and slightly surreal set dressing (such as the red faceless mannequins) which all lend added atmosphere and suspense to the film. 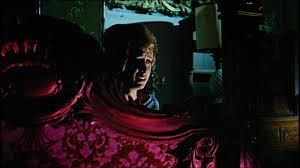 It is extremely well written and keeps you guessing right to the end. The acting is also very good, although the whole thing is very, very sixties, which does feel a little odd these days. People are slightly more earnest, and as for the soundtrack, you are never in any doubt at all when something exciting is about to happen as you are blasted off your chair by the bossa nova beat thundering through the more tense moments.

But first and foremost, Blood and Black Lace is a really good story.

There are also lots of special features with this release:

New featurettes include Psycho Analysis, a new documentary on Blood and Black Lace and the origins of the giallo genre featuring interviews with directors Dario Argento (Suspiria) and Lamberto Bava (Demons) amongst others. Alongside this, an appreciation by Hélène Cattet & Bruno Forzani, the creative duo behind Amer and The Strange Color of Your Body’s Tears will also be included as will Yellow, the much-acclaimed neo-giallo by Ryan Haysom & Jon Britt. 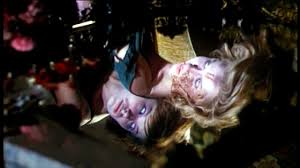 Further features will include Gender and Giallo, a visual essay by Michael Mackenzie exploring the giallo’s relationship with the social upheavals of the 1960s and 70s and a panel discussion on Mario Bava featuring Dario Argento, Lamberto Bava and Steve Della Casa, recorded at the 2014 Courmayeur Film Festival.

Furthermore an episode of David Del Valle’s television series, The Sinister Image, devoted to Cameron Mitchell, the star of Blood and Black Lace will be included and presented in full, along with the alternative US opening titles, sourced from Joe Dante’s private print and scanned in 2K especially for this release.

This jam-packed disc will be rounded off with the original theatrical trailer and a collector’s booklet featuring new writing on the film by Howard Hughes, author of Cinema Italiano and Mario Bava: Destination Terror, an interview with Joe Dante, David Del Valle on Cameron Mitchell and more, all illustrated with archive stills and posters. 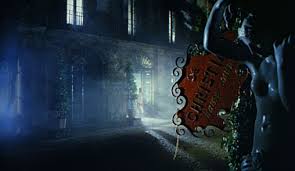 Blood and Black Lace is available to buy now on Dual Format DVD/ Blu-Ray and Steelbook.