This is a most impressive feat. 5 stars almost doesn’t seem enough for the amount of work that went into the making of this incredible documentary. 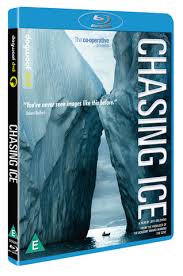 Chasing Ice follows the work of James Balog,  an American photographer who specializes in capturing the relationships and interactions between humans and the planet on which we live.

During his work for National Geographic, he began to realize that he might be able to prove the effects of climate change and global warming by monitoring the changes in ice sheets and glaciers.

In order to accomplish this, he set up the Extreme Ice Survey, an ambitious project designed to monitor changes in ice levels over three years.  James Balog, with the help of Adam LeWinter, developed the necessary technology to enable them to place cameras in remote and hostile environments and produce time lapse images, one photograph every hour during daylight.

Alongside his trusty assistant Svavar Jonatansson and the film’s director, Jeff Orlowski (Geo-caching; From the Web to the Woods, Passing time), Balog set out to place his cameras. They managed to set up cameras at Store Glacier in Greenland, Solheim Glacier in Iceland, and also in Alaska and Montana. 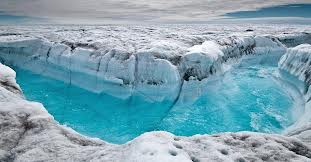 During the course of the study they also manage to capture on film the largest known calving event ever seen by human eyes, that footage is included too and is absolutely stunning.

Putting aside the beauty of the footage that he managed to collect, the results of this survey are deeply disturbing and provide a stark illustration of how much trouble we are actually in. This film should be compulsory viewing in all schools at the very least, and everyone should really watch this at least once.

James Balog overcame extreme challenges, both logistical and physical to bring us these revelations and it would be extremely remiss of us not to pay attention.

This a must see, everybody should have this in their collection, thoroughly recommended.

Chasing Ice is available to buy now on DVD and Blu-ray.