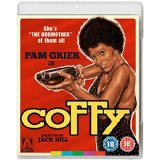 First released in 1973, Coffy is written and directed by Jack Hill (Foxy Brown, Spider Baby) and is an excellent addition to the Blaxploitation genre. It was also highly groundbreaking at the time of it’s release, featuring as it does a woman in the lead role of an action film.

In addition to it’s blaxploitation status, Coffy was the forerunner of strong female characters and Pam Grier paved the way for other action heroes such as Sarah Connor and Jackie Brown. 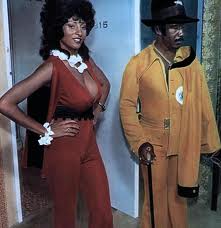 The film is accompanied by a fantastic soundtrack, extremely evocative of the era and featuring the theme song “Coffy Baby” by Denise Bridgewater. It also boasts a startling array of seventies outfits, which all seemed so normal at the time, but which now totally boggle the brain.

The story is based around “Coffy” Coffin, a nurse with a secret. She has made it her aim in life to take down the corrupt and criminal drug dealing underworld one piece at a time, after a dealer hooked her eleven year old sister LuBelle on smack. 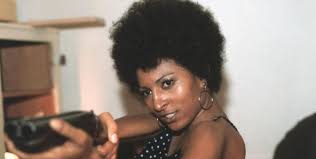 Using her not inconsiderable feminine wiles, the magnificent Coffy (Pam Grier – Jackie Brown, Above the Law) opens the film in the back of a car, offering herself to a drug dealer in return for a score. When they return to his apartment together however, he is in for a shock when she whips out a shotgun and obliterates his face at point blank range. 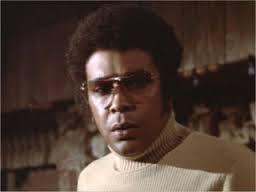 This sets the scene for the rest of the film, which is thoroughly deserving of it’s 18 certificate. Coffy is being pursued romantically by Carter (William Elliott – Night of the Lepus, They Call It Murder), a well meaning policeman who is taken with the pretty young nurse. Unfortunately for Carter, Coffy only has eyes for Howard Brunswick (Booker Bradshaw – The Strawberry Statement), a city councilman who is running for congress 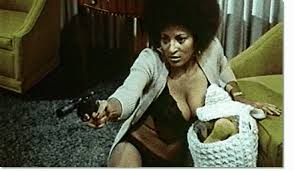 Her ultimate goal is to take down King George (Robert DoQui – Robocop, Nashville), a pimp and drug dealer who she holds personally responsible for her sister’s predicament.There are also plenty of associates to go through, including Arturo Vitroni (Allan Arbus – Damien: Omen II) and his henchmen Omar (Sid Haig – Devil’s Rejects) and McHenry (Barry Cahill – Grand Theft Auto), not to mention large numbers of scantily clad, large breasted ladies. 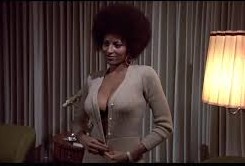 This is a great story, enhanced no end by excellent acting performances from all concerned, but especially Pam Grier, who is a real powerhouse in this film. She manages to portray a character who is sexy, sophisticated, sweet and psychotic all at the same time, no mean feat nowadays, and in the seventies, something which just hadn’t been done before.

Coffy is now presented in glorious high definition for the first time and comes with a booklet which investigates the history and influence of the film and bucket loads of new special features, including interviews with Jack Hill and Pam Grier.

Highly recommended, a great watch and fascinating to look back on something which so neatly encapsulates an era. 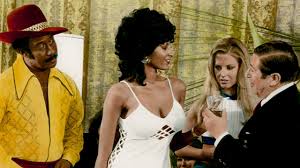