4 stars for this beautifully re-mastered classic. 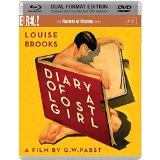 First released in Germany in 1929, Diary Of A Lost Girl is #97 in the Masters Of Cinema series. Directed by Georg Wilhelm Pabst (Pandora’s Box, The 3 Penny Opera) and based on the novel by Margarete Bohme, it tells the story of Thymian Henning (Louise Brooks – Pandora’s Box, Miss Europe), the naive and unfortunate young daughter of the local pharmacist. 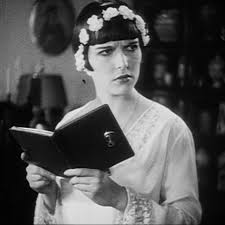 Her sheltered life with her father (Josef Rovensky) and Aunt Frida (Vera Pawlawa) is turned upside down on her confirmation day when she finds the housekeeper Elisabeth leaving, only to be replaced by the evil Meta (Franziska Kinz – The Waitress Anna) to whom her father has now transferred his amorous attentions.

Her confirmation gift is the diary after which the film is named and the first entry in it is from the magnificently creepy and unscrupulous pharmacy assistant Meinert (Fritz Rasp – Spione, Metropolis). He requests that she meet him in the pharmacy and still distraught over losing Elisabeth, she agrees. 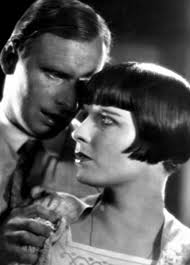 However, he takes advantage of her and in the next scene we see her new baby being wheeled into the room.

The family are horrified but quite understandably she doesn’t want to marry him, so she is banished to a reform school and the baby is taken away. The school is more like a prison and is run by a very scary and sadistic headmistress who more resembles a drill sergeant than anything else. Ably assisting her is the equally scary giant with a bald head who enforces her will with far too much gusto.

With the help of her disinherited love interest Count Osdorff (Andre Roanne – Gigolette) she and her friend Erika (Edith Meinhard – The Blue Fox) manage to escape, but finding a home in a brothel means that her challenge now is to make a life for herself, while at the same time trying to retain her integrity. 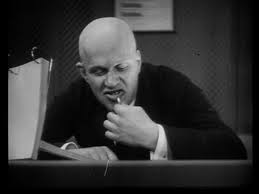 Diary Of A Lost Girl is a brilliant story, really well written and highly compelling viewing. It is quite an adjustment to my modern eyes to rely solely upon people’s actions and facial expressions to get the story, but it is done in such a way as to make it enjoyable, if a little bit harder work.

It is a very dark story, full of loss and deceit and is a real voyage of discovery for our heroine. It is far more in depth than many modern stories and had it been made in Hollywood, it would most certainly not be a PG given the nature of the subjects covered, rape, death, suicide and prostitution to name but a few.

It has been converted very well, with the picture as good as it could be and a great soundtrack, which adds plenty of atmosphere. Thank goodness that this little gem has been unearthed and given the treatment it deserved! A must watch for any fans of the genre and a great starting point for those who have yet to discover the joys of silent film.

Diary Of A Lost Girl is available to buy now on Dual Format DVD and Blu-ray.