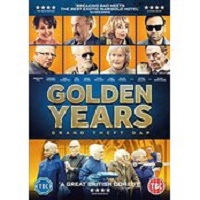 From writer/director John Miller (Living in Hope) comes a great British comedy, in Cinema’s 29th April. Telling the tale of people pushed to the edge of their suburban twilight years, with all its aches, pains and complications, where plans are made and opportunities taken. 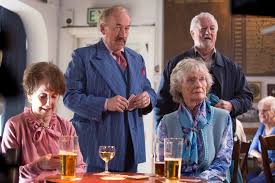 go bad with companies ceasing to trade, this puts Arthur (Bernard Hill, The Lord of the Rings: The Return of the King) and his wife Martha (Virginia McKenna, Born Free) in a dilemma of how to keep their home and pay for Martha’s medication. With the banks offhand treatment of them and their Bowls club friends Royston (Simon Callow, Four Weddings and a Funeral) the Thespian and his wife Shirley (Una Stubbs, Worzel Gummidge, Eastenders) everybody seems to be on the edge of poverty. 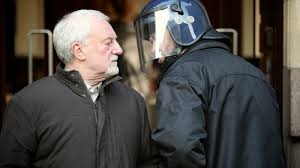 Arthur contemplates different ways to sort out their predicament, but the one that is staring him in the face is the Building Society money delivery and when a clumsy security guard trips and knocks himself out, the perfect opportunity is quickly taken.

With the unwitting help of his straight laced friend Brian (Philip Davis, Mr Holmes), Arthur is able to open the cash case without setting off the dye bomb, (unlike the too curious Martha, for a laugh out loud moment). With the radio announcing the intrepid daring daylight robbery Detective Sid Morris (Alun Armstrong, New Tricks, The Mummy Returns) is brought in to investigate this well planned audacious crime, much to the annoyance of his much neglected wife Nancy (Sue Johnston, Downton Abbey, The Royle Family). 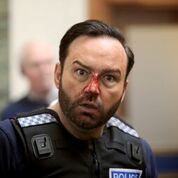 One of the benefactors of Arthur’s windfall is the cash strapped Ardagh bowls and social club, and once Martha gets the truth out of Arthur and she sees her new caravan, for them to go see the five stately homes, a plan is hatched and the rest is history as they say.

But when the limelight seeking cop Stringer (Brad Moore, North vs South) takes over the investigation, it disturbs Sid and he goes it alone whilst Stringer chooses the colour of his spray-tan.

A superb  return for the Great British Comedy.