3 stars for this surprisingly watchable B-movie. 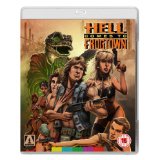 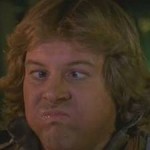 This film stars Roddy Piper (They Live, Wrestlemania), a professional wrestler for the both the NWA and WWF, who plays our hero, Sam Hell.

After a global nuclear war and heavy use of biological weapons, the world is a desolate place, where humanoid mutant amphibians have evolved to sentience and the human race itself is under threat due to the infertility caused by radiation. 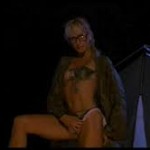 Sam Hell is one very valuable commodity, a fertile (and enthusiastic) male, whose talents are desired by a group of warrior nurses, who are trying to bring together fertile males and females to preserve the species. Having tracked down their man using the trail of pregnant women he left behind, the nurses bring him in to do his duty.

Trussed up in an explosive codpiece set to go off if he strays too far from his captors, nurse Spangle (Sandahl Bergman – Red Sonja, Conan The Barbarian) and Centinella ( Cec Verrell– Silk, Runaway), they set off into the wilderness to rescue and impregnate a group of women captured and being held at the mutant reservation known as Frogtown.

With the help of old friend Loony Tunes (Rory Calhoun – Motel Hell, River Of No Return), will Sam Hell be able to save the day? 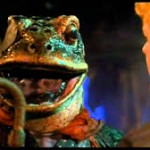 Hell comes To Frogtown is very amusing and surprisingly witty. The script is well written, with plenty of sweat, sex and shooting to keep your interest. What stands out the most though are the special effects, which really are excellent. The mutant faces are very well done, able to create expressions and allowing for some fabulous over-acting from the frog commander.

This release is limited edition, only 1,000 copies to be released and features original and newly commissioned artwork as well as special features including;

Hell Comes To Frogtown is a very entertaining blast from the past and well worth adding to your collection if you can manage to get a copy.