4.5 stars for this heart-warming and funny tale of the Light Music Club. 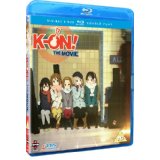 K-On! The Movie is based on the TV series of the same name and covers the time period between just before the band leave school and start University.

Having saved the Sakuragaoka Girl’s High School Light Music (Pop Music) Club from disbanding, four of the members of the band After School Tea Time, Yui – band leader and guitarist, Mio – bass player, Ritsu – drummer and Tsumugi – keyboards, are all set to graduate high school and move on. 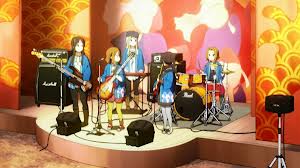 This leaves them with a dilemma however, as the final member of the band, Azusa – guitarist, is a year younger and will be left behind. They decide to try and do something special for her, to let her know how important she is to them all.

The band decides to take a graduation trip to London, to celebrate and to give them time to work out what they can do for Azusa.

This is a very entertaining film, packed with humour and with lots of valuable lessons about love and friendship, very fluffy, but ideal viewing for anyone who has ever been a teenage girl! 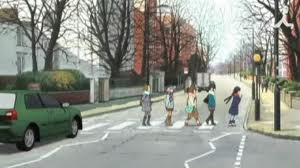 The culture shock of five Japanese girls who find themselves alone in London makes for some very amusing sequences.

The music itself, which is of course the main point of this whole thing, is actually very good, quite rocky, with all the songs being performed by the Japanese voice actresses who dub the film (and the original series), Aki Toyosaki, Yoko Hikasa, Satomi Sato, Minako Kotobuki and Ayana Taketatsu.

This version of K-On! is dubbed in English, but thankfully retains the original musical score.

Also included with this film is a second disc of special features, including Minami Tanaka’s Dubbing Investigative Report, London Bus and Press Conference at TBS, Navi Show 1-2-3 Is K-On! and Movie Première Event.

This is a great film, really good fun and ideal for a girly night in. 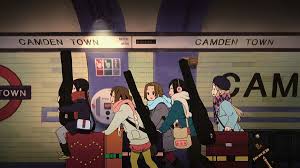