4 stars for this found footage film with an elegant twist. 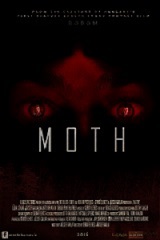 Following on from the success of their 4 star found footage horror, Bodom, which was the first of it’s kind in Hungary, the directors Gergö Elekes and József Gallai have revisited the genre with Moth, a tense and cautionary tale, once again set in a remote corner of Hungary.

Thora (Lidia Szabó) is an enthusiastic lecturer at an English University where Adam (József Gallai) is studying hard to become a Forensic Investigator when he graduates.

Thora has a fixation with the legend of the “Mothman” an apparition that seems to be around or herald upcoming disasters. During a lecture on the subject, she announces that takes of the Mothman are once again being told, this time in Hungary, where numerous sightings have been reported.

She requests a volunteer to accompany her and film her investigations and Adam is quick to respond, as he is fascinated by mysteries and would himself love to find out the truth behind the myth. 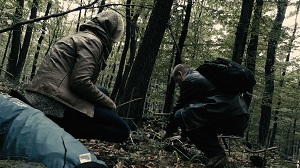 Once in Hungary, their road trip commences. They face the usual difficulties, travelling with a stranger can be very awkward, and there are also language issues. Thora is Ukrainian and Adam is Swedish, and although they share the common language of English, neither of them know any Hungarian. 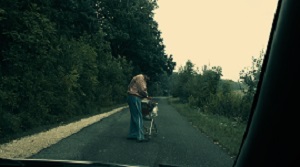 They also find things to be far creepier than expected, the motel is very strange and Adam hears noises from the garden and feels someone may have tried the door. When they move on things don’t improve,  they are set upon by a crazy hobo with a shopping trolley and the map seems to be leading them deeper into the middle of nowhere.

When they do finally find some other cars, they are all deserted, and covered in some kind of strange dust. Is the Mothman really here and will they survive in this remote forest far from civilisation? 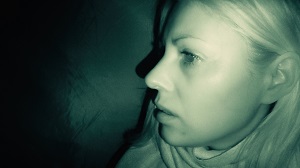 Moth is a very enjoyable watch, once again the filming style is elegant and very atmospheric. The idea of throwing two complete strangers into this situation also adds to the suspense as neither one knows how the other will react.

The acting is very good, there are plenty of scary moments and the film features a fabulous twist at the end that I can pretty much guarantee you won’t see coming. Well worth a watch, a must see for fans of the found footage genre.

“What could it be? A mythical creature? A mutation? Perhaps some kind of military experiment. Or maybe this is the Angel of Death, trying to warn us before a catastrophe.” 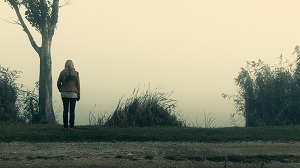 We have no firm release details yet, however do keep an eye open, this is one not to miss!