4 stars of excellent adventure with the irrepressible Naruto. 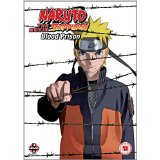 At a secret meeting of the Hidden Cloud shinobi with their Raikage, rumours are discussed that a box which can grant any wish has been located and held by the Hidden Grass, who wish to use it to conquer the other villages. Part way through the meeting, gas is suddenly released into the room, rendering everyone unconscious. 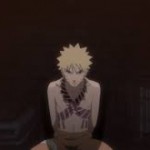 Luckily, as an attacker enters the room, the Raikage is able to battle the hooded figure and remove his hood. To his immense surprise, the attacker is none other than Naruto Uzumaki.

Back at the Hidden Leaf village there is shock and disbelief at this news, as Tsunade charges Naruto with the murders of Jonin from both the Hidden Mist and Hidden Rock villages as well as the attempted assassination of the Hidden Cloud Raikage. She sentences Naruto to imprisonment at Hozuki Castle, a high security facility run by the Hidden Grass village. 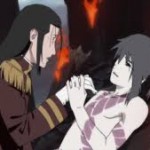 Despite his insistence that he is innocent, he is locked in a wooden cage created by Yamato and carted off. Once at the prison, he is under the direct control of lord Mui, who places a Jutsu upon him, the Fire Style Celestial Prison, which seals his Chakra, preventing him from using the majority of his attacks.

The seal makes it too painful for Naruto to use his shadow clones for any length of time, but this doesn’t stop him from trying. His repeated attempts to escape keep landing him in solitary confinement and he soon makes an enemy of Lord Mui. 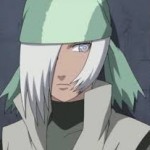 He does however make one friend, Ryugetsu from the Hidden Grass, a fellow inmate who knows what Mui is really up to. It now falls to Naruto to prevent the obsessed Lord Mui (who even sacrificed his own son, Moku, to the box) from opening the fabled Box Of Paradise and unleashing destruction upon the world.

Without his Chakra, and knowing that he has been abandoned by those he loves the most, he must dig deep for the strength and courage required to get the job done.

This is an excellent addition to the Naruto franchise, and is a little more in depth and thoughtful than some of the other movies have been. This one is a 15 certificate and there are quite a few rather nasty elements to the story which make it very enjoyable to watch. 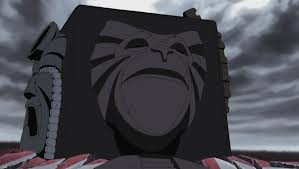 Also included is a great little short, Chunin Exam On Fire! Naruto vs Konohamaru! and an interview with Junko Takeuchi, the voice of Naruto.

A definite must own for any fans of Naruto, a very enjoyable story that keeps up the Naruto traditions of strong moral values and great story telling.

“Let me explain your situation. Whatever you may have been in your former lives, the fact that you were sent here means that you are no longer of value to anyone. You have lost the trust of your people and are considered a threat to the peace and stability of your village.”