3 stars for this interesting insight into the world of filmmaking. 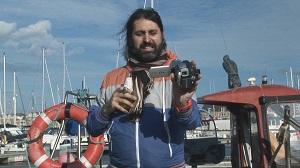 It’s an interesting approach to filmmaking, basically someone with a hand held camera, filming Jason Croot filming himself with a hand held camera. Over the course of various chapters, he talks us through the high and low points if his career, how he became interested in acting and how he went about realising his dreams.

All of this is done quite naturally in the course of his daily life, so in one chapter we see him eating breakfast, in another in the bath and in another taking a taxi ride to a film set. 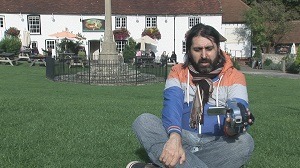 Filmed in Eastbourne while working on another film there, we see lots of scenery and gain insight into how to select locations and what contingency plans need to be put in place in preparation to film.

Jason is very candid about his career and also about expectations of acting versus the reality of the job. He has also packed this documentary with entertaining anecdotes from his time as an actor, including one involving strawberry milkshake and one involving a giant olive, as well as several cautionary tales for others wishing to follow in his footsteps. 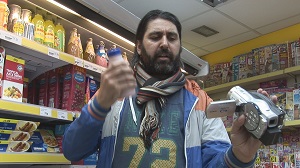 It opens and closes with a most excellent and appropriate track, Northern Man by Detroit Social Club.

This film will not be to everyone’s taste that’s for sure, but then it’s aimed at helping out aspiring actors who are trying to put themselves out there and make their presence felt, and for this purpose it is brilliant. If I were looking to get into the industry then I would find his advice invaluable and be very happy that someone has taken the time to do this.

A very nice gesture and I hope that aspiring actors and film directors will watch this insightful documentary and benefit from these pearls of wisdom.

“From 2003 to 2007 I actually maybe once or twice got paid jobs. All the other stuff I was doing for free. Now where in the world would you take on a job where you don’t get paid for it?” 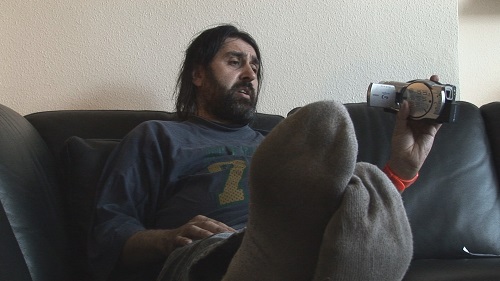 Find out more over at the Facebook page here.