4 stars for this fascinating insight into the life of a reality TV star. 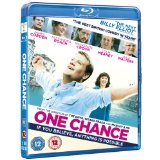 One Chance is directed by David Frankel (The Devil Wears Prada, Marley and Me) and written by Justin Zackham (The Bucket List, The Big Wedding).

This charming and funny British film tells the story of Paul Potts (James Corden – The History Boys, Gavin and Stacey), the winner of the first series of Britain’s Got Talent in 2007.

Paul grew up in Port Talbot , the son of a steel worker and spent his formative years being relentlessly chased by bullies, both for his size and for his love of opera. This is fairly quickly dealt with, glossed over even and we fast forward to 2004. 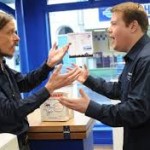 While his mother (Julie Walters – Mama Mia!, Harry Potter series) is very supportive of his intended career, his father (Colm Meaney – Con Air, Layer Cake) is not so keen, feeling that he should find himself a proper job at the local steelworks.

Paul is working as a sales assistant in the Port Talbot Branch of Carphone Warehouse with his manager and best friend Braddon (Mackenzie Crook – Pirates Of The Caribbean, Finding Neverland), at the same time saving up to attend an opera school in Venice, chaired by Pavarotti. 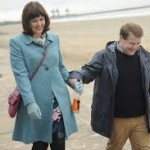 After finally getting together with his on-line sweetheart Julz (Alexandra Roach – The Iron Lady, Anna Karenina), Paul takes the bull by the horns and applies to the opera school.

A string of misadventures, disappointments and E.R. visits later we find our hero applying for the Britain’s Got Talent auditions.

Although it doesn’t seem like this would work as an idea, it does. The film is very watchable and James Corden, as unlikely as he seemed for the role, is actually very good, doing an excellent job of lip syncing his way through performances by Paul Potts. 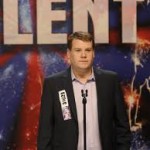 The only complaint I have is that because of the compressed nature of the story, you can’t help but feel that if all these things had happened to one person in such a short time, you would have them put down for their own good.

However this is a great feel good film, and very entertaining to watch. Highly recommended, grab your popcorn and settle down in front of the TV. 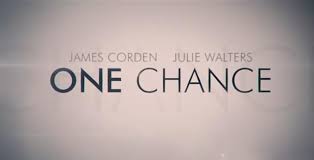