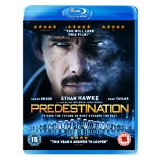 4 Star Sci-Fi that you’ll have to watch Over and Over Again.

The Spierig Brothers (Daybreakers, Undead) have taken Robert A. Heinlein‘s book All You Zombies (Starship Troopers, The Puppet Masters) and written the screenplay and directed a timely piece of cinematic mastery. 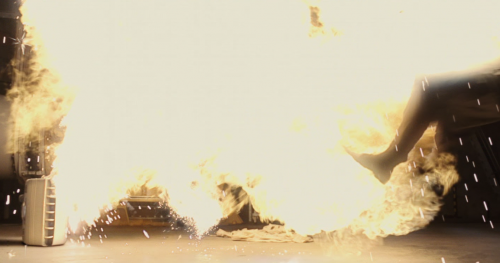 This is a film that is dark, there maybe sunshine but it never really shines on our protagonists. Right from the start it is apparent that there is a lot going on, as we see someone trying to disarm an explosive device, but being interrupted by a stranger firing bullets. With seconds to spare, the ‘agent’ manages to drop the bomb into their case but it detonates before the lid can be secured, throwing our agent across the room causing horrific injuries.

They awake in a hospital ward and find out that major re-constructive work had to be done to save their life. This was supposed to be their last mission before retiring, but they have been tasked with find and stopping the “Fizzle Bomber”. 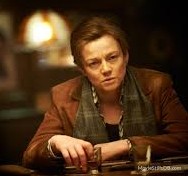 The agent will travel in time to eliminate this indiscriminate bomber with reports that his tally is in the tens of thousands and he must be stopped at all costs. Once healed, our agent travels to 1970 where he poses as a barkeeper (Ethan Hawke, Gattaca, Training Day) and when the ‘Unmarried 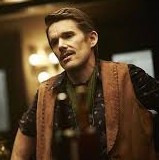 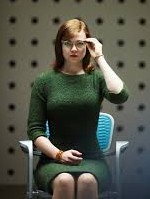 Mother” walks into the bar he engages them in conversation. A sorrowful tale ensues of a girl called Jane (Sarah Snook, These Final Hours) who grew up in an orphanage and later fell in love with a mysterious stranger who left abruptly when she became pregnant. There is even more tragedy in her life as the baby was stolen just after it was born and she cannot have any more babies as after the birth her body rejected her female body and she had to become John.

This is a great Sci-Fi film that drip feeds all the clues to allow you to come up with many theories to keep you going round and round before the truth is finally revealed, a film that will definitely have you watching over and over, especially if you ever get this offer.

“What if I could put him in front of you? The man that ruined your life. If I could guarantee that you’d get away with it, would you kill him?”