3 stars for this entertaining sun, sea and sharks filled thriller. 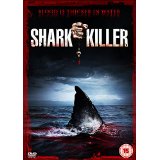 Shark Killer is written and directed by Sheldon Wilson (Shallow Ground, Scarecrow) and brings us a glorious backdrop against which to enjoy this fun story, filmed on location in Cape Town, South Africa.

Chase Walker (Derek Theler – Baby Daddy, Project: SERA) is a shark killer by trade. The film opens in his home, Hawaii, as we see him rescuing a damsel in distress from a shark attack after the evil mayor refused to believe they had a problem. She offers thanks to the insufferable ladies man in time honoured fashion, but unfortunately they are interrupted. 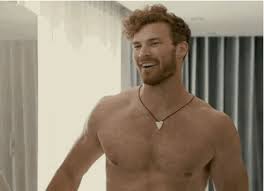 Jasmine (Erica Cerra – Eureka, Blade: Trinity) has arrived to summon him to his adoptive brother Jake (Paul du Toit – Semi Soet) in Cape Town, who has a job for him. A Great White Shark has eaten the largest diamond in existence and it belongs to Jake. His task, to kill the black finned beastie and retrieve the diamond.

He needs a guide and a chauffeur and he chooses Jasmine. 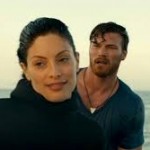 She is very offended, she is a lawyer, not a chauffeur, but Chase is persuasive and tricks Jake into agreeing. He then has his work cut out for him trying to impress this less than keen lady.

There are also several other hurdles to overcome. Although he is a shark hunter, Matt absolutely hates the ocean and will try to avoid it at all costs. As if that wasn’t bad enough, there are other parties interested in both the diamond and the shark. 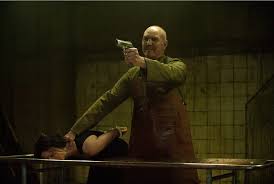 Nix (Arnold Vosloo – The Mummy, Blood Diamond) is a major league drug dealer who insists that the diamond belongs to him and will kill Matt if he doesn’t deliver. There are also lots of amateurs out searching who just make the whole thing more complicated.

Shark Killer is a very enjoyable film. The storyline is good, the script is happily pretty good for the genre and everyone involved seems to have a really good time. 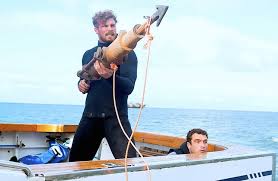 The hero Matt has everything you would need, he kicks ass with the best of them, he is always ready with a one-liner when the situation demands it (he doesn’t look too bad either) and he has the intelligence to out think a shark, which is quite refreshing.

For gore fans, there is a surprising amount amount of violence and blood and guts, which balances out the comedy quite nicely and elevates the film slightly above its counterparts. The shark effects are also really well done and quite disturbing in places. All of the elements are there, ideal watching for a Saturday afternoon and highly recommended.

“Hey! If you hold everything I say against me we’ll never get along.” 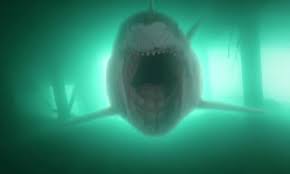 Shark Killer is available to buy on DVD from 20th July 2015.