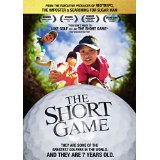 The Short Game is a documentary which follows eight of the competitors in the run up to the Golf World Championships, hosted at golf mecca Pinehurst, North Carolina, and finally the competition itself. Directed by Josh Greenbaum (The Morning Routine, Border Patrol), it is a fascinating insight into this tournament, which is little known outside golfing circles.

The twist is that all of the competitors are children, this documentary follows entries from the aged 7 category, Allan Kournikova (brother of tennis champion Anna Kournikova) from Palm Beach, Florida, Yang Kuang from Shenzhen, China and Alexa Pano from Lake Worth, Florida. 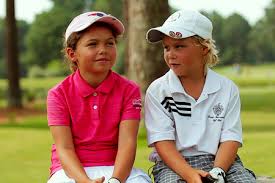 One of the most enjoyable things about The Short Game is that it is not at all, as expected, about pushy parents who are trying to thrust their children into the limelight, but rather about driven individuals, each of whom has discovered golf and fallen in love with it for their own reasons. 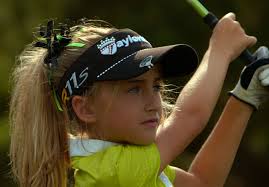 In several cases the parents are thoroughly bewildered by the whole thing. Yang Kuang for example insisted upon receiving a golf training DVD, mistakenly believing it to be a cartoon, and thus discovered an amazing talent for the game.

Another reason this took me by surprise is the sheer number of children who are playing golf at this incredibly high and professional level, with the World Championship attracting 1500 players, from 54 countries.

It is very easy to forget when you see them out on the course that these are children of 7 and 8 years old, their attitude and determination match that of any adult, as does their skill. 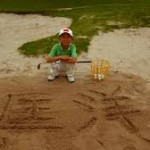 It’s not until you see them play fighting and throwing sand at one another that it really occurs that they are kids and still act like it in all other ways.

It is also extremely interesting to see the difference in attitude towards the game of golf, sporting competitions and indeed life in general between the entrants from each of the different countries, the attitudes and approach couldn’t be more different from one culture to the next. 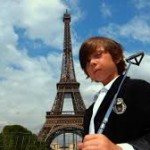 One can only hope that this passion for their sport survives the onset of puberty and the subsequent discovery of first the opposite sex and then alcohol, but I suppose only time will tell.

Finishing off with a surprisingly nail biting final day, The Short Game will have you on the edge of your seat by the end, whether you are a golf fan or not, and it will almost certainly be the only sporting event you ever see where the competitors take along a bucket and spade to make sand castles in between rounds! 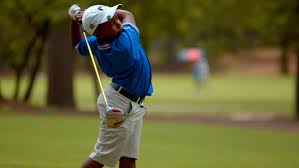 The Short Game is available to buy now on DVD.