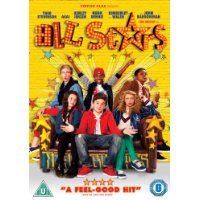 All Stars is directed by Ben Gregor (D.O.A., Straight 8) and tells the story of a group of kids who fight to save their youth club, The Garage, from the evil local council, who wish to close it down to make way for a car park.

The Garage is run by Gina (Ashley Jensen – Ugly Betty, Nativity!) who is trying to raise enough money to keep it open. Enter Jaden (Akai Osei-Mansfield – Streetdance 2, winner of Sky’s “Got To Dance”), with the bright idea to throw a talent show to raise funds. He enlists a reluctant Ethan (Theo Stevenson – Horrid Henry: The Movie, In Bruges), a young entrepreneur with a crush on the girlfriend of the leader of a street dance crew. The ideal finale for a talent show, a dance off between rival crews. 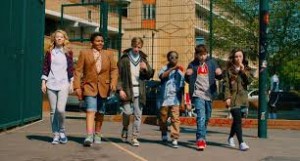 The only problem is, Ethan can’t dance and Jaden is not allowed to. And so is born the All Stars, consisting of Amy (Fleur Houdijk), Tim (Dominic Herman-Day), Rebecca (Amelia Clarkson – Jane Eyre, The Sarah Jane Adventures) and Brian (Gamal Toseafa), a mismatched crew with only two weeks to pull an act together.

What follows is highly amusing, and laugh out loud funny in quite a few places, as they try to find a way to gel their very different dance techniques, and learn to get along with one another.

The script is very well written and as with many British films, they are not afraid to deal with tricky issues, but can find humour in everything. The acting is excellent, featuring performances from Kimberley Walsh (Horrid Henry: The Movie), Mark Heap (Lark Rise To Candleford), Hugh Dennis (Mock The Week) and a brief appearance by John Barrowman (Torchwood, Zero Dark Thirty) in a most unexpected role. 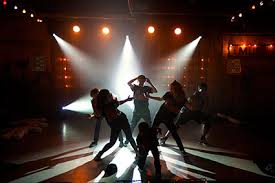 Let’s not forget though that All Stars is all about the dancing, which is brilliant. All the kids are very talented, especially Akai, and there is also interesting use of dream sequences to introduce new dance elements into the story.

There are plenty of special features to keep fans (of which I am sure there will be a lot) happy, including Behind The Day Dreams and Dancing with Akai.

Kids of all ages will love this one.