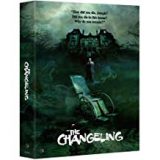 The Changeling was first released in 1980 and is based on a story by Russell Hunter and directed by Peter Medak (The Krays, Romeo is Bleeding). This horror classic is now restored and brought to limited edition Blu-ray courtesy of Second Sight, with newly commissioned artwork from Christopher Shy and a host of new special features plus collector’s packaging and a 40 page booklet.

“She said that the house didn’t want people. She’s mistaken. Whatever it is, it’s trying desperately to communicate.” 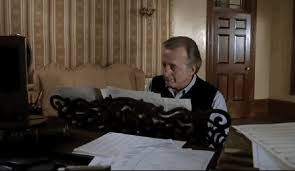 John Russell (George C. Scott – Patton, The Hustler) is a successful composer living in New York with his wife and daughter. When they are killed in a tragic accident, he finds he can no longer live in the house they all shared and decides to move to Seattle.

At the advice of a friend, Claire Norman (Trish Van Devere – The Hearse, The Last Run) who works for the Historical Preservation Society, he rents an old house from them.

It’s a huge property which has stood empty for twelve years but it has a music room and a piano and with the help of caretaker Mr Tuttle (Chris Gampel – Annie Hall, Death Wish) he soon has it up and running the way he likes it.

It’s not long however before he starts to notice some strange activity, loud rhythmic banging noises, doors opening and closing, taps turning themselves on and glass being broken

. He finally follows the clues to a locked attic room with a tiny wheelchair, leading him to start an investigation which will lead both him and Claire to some shocking revelations.

The Changeling is an excellent horror film and very creepy in places. It’s amazing the level of fear that can be generated by something as simple as a ball bouncing downstairs. The tension is built beautifully and is enhanced by superb acting performances on behalf of all involved. 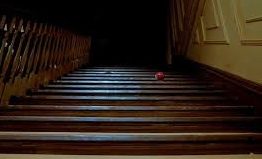 Scott plays the lead with great self control and none of the usual histrionics expected from this kind of film. It is a great addition to the somewhat overpopulated haunted house genre and it does it with great class and style.

An excellent box set, well remastered and a film worth adding to any horror collection. 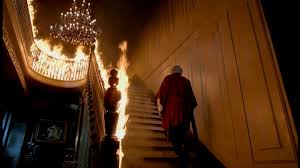 The Changeling is available to buy now on Limited Edition Blu-ray and will be released on 20th Aug 2018.