This an amazing film, 5 stars all the way. 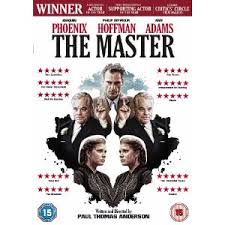 The Master is written and directed by Paul Thomas Anderson (There Will Be Blood, Magnolia) and tells the story of a naval veteran, Freddie Quell (Joaqhin Pheonix – Gladiator, Walk The Line) who returns from his tour of duty uncertain of his place in society, even in the world.

That is until he crosses paths with The Cause, a mysterious, cult-like organisation and their charismatic leader Lancaster Dodd, aka “The Master” ( Phillip Seymour Hoffman – Mission Impossible 3, The Boat That Rocked) and his wife Peggy Dodd (Amy Adams – The Fighter, Catch Me If You Can).

What follows is an in depth look at the strange relationship which develops between the two men, both needy and dysfunctional in their own way, this will be the strangest and most disturbing “buddy movie” that you ever see.

The Master is not afraid to go in for the kill, the story is intense and the acting is quite simply extraordinary, as is the script – everything is almost too believable.

This is a two disc offering, on the bonus disc is included a 20 min short entitled Back Beyond, consisting of additional scenes not included in the original feature. These are well worth a watch as they provide added insight into the minds of the characters.

Also featured is the ground breaking documentary Let There be Light (1946), made by John Huston and explaining the real issues faced by WWII veterans, about which the film is based.

The Master will not be to everyone’s taste, but it is an incredible watch and one which I plan to return to again and again.