2 stars for this extremely strange take on a classic story. 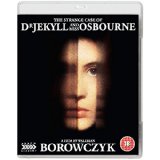 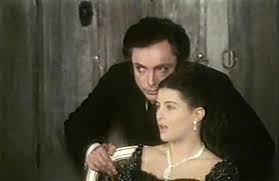 Although based may be a strong term to use here, I’m not too sure what the late great Robert Louis Stevenson would have made of his wife, Fanny Osbourne, being used in this story, engaged to one of his characters, let alone some of the antics she is alleged to have taken part in.

This version of the tale features the main characters and does retain the main premise of the original story. 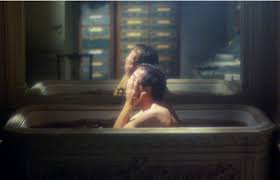 Our protagonist Dr. Jekyll (Udo Kier – Blade, Ace Ventura: Pet Detective) has created a potion which will allow him to release his inhibitions. His goal as ever is to prove wrong his colleague and rival Dr. Lanyon (Howard Vernon – Dr. Orloff’s Invisible Monster), who is determined to prove that transcendental medicine is a threat to empiricism.

With hindsight however, the best time to try and do this was probably not at the party to celebrate his engagement to Fanny Osbourne (Marina Pierro – The Living Dead Girl), a busty and enthusiastic young lady. 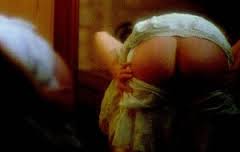 At first things seem to be going well, but when bodies begin to turn up sexually violated and murdered, the guests, shrewd as they are, begin to suspect something is wrong. One of the best performances is given by the magnificent Patrick Magee (A Clockwork Orange, Chariots Of Fire), who plays the General, a blustery character whose face when presented with his daughters naked butt cheeks is something to behold.

There is plenty of clever camera work, but most of it does involve stuff you probably don’t need to see that clearly anyway.

The conversion is excellent, it has been thoroughly cleaned up, both visually and audibly, yet retains the original atmosphere of the film and the disc comes with lots of special features including two short films, one by the director Walerian Borowczyk and one which is an homage to his work.

All in all, a well presented feature with rather dubious content, however, if this is your kind of thing then you won’t be at all disappointed.

“There was something strange in my sensations, indescribably new and incredibly sweet. I knew myself, at the first breath of this new life, to be tenfold more wicked and the thought delighted me like wine”

(The Strange Case of Dr. Jekyll and Mr. Hyde) 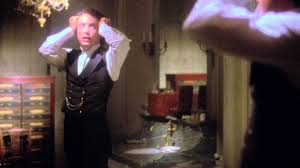 The Strange Case of Dr. Jekyll and Miss Osbourne is available to buy on Dual Format DVD and Blu-ray from 18th May 2015