3 stars for a well written if slightly predictable courtroom drama. 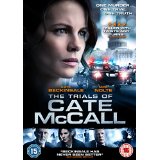 The Trials Of Cate McCall is written and directed by Karen Moncrieff (The Dead Girl, Petals On The Wind) and tells us the story of Cate McCall (Kate Beckinsale – Underworld, The Aviator), a talented lawyer whose rise in her chosen career was matched by the fall of her private life, as her descent into alcoholism caused her to lose custody of her daughter. 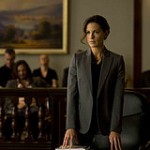 Now, after coming out of rehab, Cate is trying to get her life back on track and agrees to take on the case of Lacey Stubbs (Anna Anissimova – The Whistleblower, Flutter) who is in prison after admitting to the murder of another woman. However, she has since changed her story and Cate finds herself defending her appeal based on a number of glaring mistakes and oversights on behalf of the prosecution and the police. 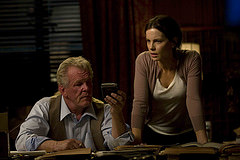 However, as Cate delves deeper into the case, with the help of her sponsor, Bridges (Nick Nolte – Cape Fear, Warrior) she begins to uncover some very disturbing facts about the local police force, especially Detective Welch (Mark Pellegrino – The Number 23, National Treasure), who stands accused of rape and of withholding evidence. With doubts about Lacey’s guilt, she sets about getting her released.

The investigation soon starts to spiral out of control. The tension in this film lies in finding out whether or not Cate McCall can pull out of the spin in time to save her relationship with her daughter, her career and maybe even her life. 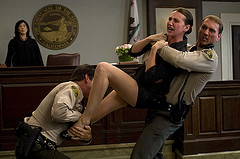 Although the script for The Trials Of Cate McCall is not brilliant in itself, the film is very well acted, with stellar performances from all of the main players. The story is good, though it’s always obvious where they are heading with it and as a court room drama it doesn’t really bring anything new or unique to the party. It is also not as compelling as it feels like it should be, nor as memorable as you would expect.

However, that doesn’t mean that it isn’t a really good watch, it’s worth it just for the interactions between the characters . I would definitely recommend this as one to put on your shelf.

All these years I thought I wanted to hear you say you were sorry. But this is better. I like watching you cry. You know why? The hate is all you left me with.” 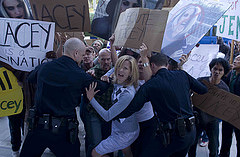 The Trials Of Cate McCall is available now on VOD and on DVD from 29th Sept 2014.